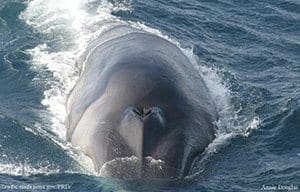 This March, a Seattle-based federal judge issued a decision dealing with the continued practice of whaling in Antarctic waters. The court’s ruling, arising from a dispute between whalers and the activists depicted on the TV show, “Whale Wars,” stopped short of declaring whaling to be a violation of international law, but nevertheless declared it to be against the public interest of the United States as reflected in U.S. marine environmental legislation. The court also highlighted the potential importance of a dispute concerning this issue between Australia and Japan, currently pending before the International Court of Justice (“ICJ”).

The International Ban on Commercial Whaling

The hunting of whales, once a major industry in several maritime states, became subject to international regulation in 1946, through the International Convention for the Regulation of Whaling (“ICRW”). By that treaty, which gained widespread adherence, an International Whaling Commission (“IWC”) was established, with power to set annual catch quotas for each member state.

The IWC initially operated as a kind of industry regulator, essentially facilitating the continuation of the whaling industry. Over the decades, however, as environmental voices gained prominence, the IWC eventually took action to curb the practice. After a series of partial measures, in 1982 the IWC enacted a full ban (or “zero catch” limit) on commercial whaling, effective in 1986. This ban, however, was subject to certain exceptions: first, under the ICRW system, member states had the right to object to the ban (in which case it did not apply to such states); second, states could still permit whaling by aboriginal peoples; and third – most controversially – states could continue whaling for “scientific” research. Furthermore, the IWC itself lacked sanctioning power for violation of the quota, meaning that enforcement was left to member states.

During the 1970s, U.S. Congress enacted various anti-whaling measures. By the Marine Mammal Protection Act, Congress outlawed whaling in all U.S. waters, and banned U.S. nationals from engaging in whaling on the high seas. By the 1971 “Pelly Amendment” and 1978 “Packwood Amendment,” it obligated the Secretary of Commerce to impose sanctions on any nation which, in his or her opinion, was acting so as to “diminish[ ] the effectiveness of the [ICRW].” 16 U.S.C. § 1821(e)(2)(A)(i). These measures were enacted partly to fill the gap left by the IWC’s lack of sanctioning power and place pressure on countries whose whaling fleets were still active, some of which (such as Japan, Iceland and Norway) had opposed the zero catch limit.

The sanctioning legislation indeed provided the United States with sufficient leverage to enter into an executive agreement with Japan in 1984, whereby Japan agreed to drop all objections to the zero catch limit and discontinue commercial whaling by 1988. In exchange, the United States agreed that it would not “certify” Japan as subject to sanction under the Pelly and Packwood Amendments. This arrangement was challenged by environmental groups, who sought an order mandating that the Secretary take steps to sanction Japan. In a 1986 ruling, however, the Supreme Court held (by 5-4 majority) that the Secretary could validly determine that the issue of whether to “certify” Japan as having undermined international whaling restrictions was one for executive discretion – thus removing any basis for applying sanctions. See Japan Whaling Ass’n v. Am. Cetacean Soc’y, 478 U.S. 221, 234–42 (1986).

Even under the zero catch regulations, there remained a “scientific research” exception to whaling. In 1987, the Japanese government enacted the “Japanese Whaling Research Program Under Special Permit in the Antarctic” (“JARPA”), which licensed the continued hunting of whales in the Southern Ocean for scientific research purposes. As noted below, this has proven controversial.

Over the last few decades, the IWC has not only kept the zero catch whaling quota in place, but has enacted further environmental measures. In 1994, it declared the Southern Ocean – a highly significant ecosystem for many species of whale – a marine sanctuary. It has also continued to maintain a whaling sanctuary in the Indian Ocean.

The Australian Parliament has gone even further: in 1999, it enacted the Environment Protection and Biodiversity Conservation Act (Cth), a sweeping environmental statute that banned all commercial whaling within 200 nautical miles of the “Australian Antarctic Territory” – a large body of coastal land in Antarctica claimed by Australia. The Act is predicated on Australia’s long-standing claim that the waters adjacent to the Australian Antarctic Territory are also subject to Australian jurisdiction – specifically, that they are an “exclusive economic zone” (“EEZ”) for purposes of the 1982 United Nations Convention on the Law of the Sea and are thus subject to Australian regulation on matters affecting fisheries and the marine environment.

Although the concept of the EEZ under international law is widely accepted, Australia’s assertion of territorial sovereignty over Antarctic land is controversial: several states (including the United States) declined to recognize any territorial land claims over Antarctica; and, indeed, Australia’s claim is only recognized by the United Kingdom, New Zealand, France and Norway. Moreover, Article 4 of the Antarctic Treaty of 1959 bars the assertion of “new” territorial claims over Antarctica while the treaty remains in force (although Australia can claim that its EEZ claim is not a new claim but a consequence of its pre-1959 territorial claim).

Litigation Ensues in the Australian Courts and the ICJ

Australia’s legislation, which took effect in 2002, formed the basis for a private action by the Humane Society, seeking an injunction against the various owners of the whaling fleet that had been carrying out Antarctic whaling under the JARPA scientific license. In January 2008, after an unopposed evidentiary hearing, Justice James Allsop of the Federal Court of Australia issued a judgment declaring that the whaling fleet had “killed, injured, taken and interfered with Antarctic minke whales,” fin whales and humpback whales in the “Australian Whale Sanctuary,” in contravention of the Australian legislation, and permanently enjoined such activity . Humane Soc’y Int’l Inc v. Kyodo Senpaku Kaisha Ltd (2008) 165 FCR 510, 525–26 (Austl.).

Perhaps conscious that the 2008 judgment had not led to a diminution in “scientific” whaling in the Southern Ocean, in 2010 Australia initiated a proceeding against Japan before the ICJ. In this case, titled “Case Concerning Whaling in the Antarctic,” Australia seeks a declaration that the JARPA whaling program is not a valid scientific activity for purposes of the IWC whaling ban and related international regulation. The case remains pending.

The Whalers Take Action in a United States District Court

The scene now shifted to Seattle. In late 2011, certain companies, which held scientific whaling licenses from the Japanese government’s JARPA program, instituted proceedings in the United States District Court for the Western District of Washington in an attempt to quell the activities of “eco-warriors” who oppose Southern Ocean whaling – the same activists featured on the cable TV show “Whale Wars.” The lawsuit, brought by the owners of the JARPA-licensed whaling fleet, named as defendants the Sea Shepherd Conservation Society and others allegedly responsible for the actions of “Steve Irwin,” “Brigitte Bardot” and “Bob Barker,” three colorfully named vessels whose crews utilize a variety of tactics to interrupt whalers in Antarctic waters. The plaintiffs sought to enjoin these actions, claimed that they constituted international piracy and other torts actionable under the Alien Tort Act of 1789. See Inst. of Cetacean Research v. Sea Shepherd Conservation Soc’y, No. C11-2043RAJ, 2012 U.S. Dist. LEXIS 36867, at *8-19, 19-20 (W.D. Wash. Mar. 19, 2012).

In March 2012, U.S. District Judge Richard Jones issued a decision denying preliminary relief. Although finding that the more aggressive maneuvers of the eco-warriors may have violated international navigation rules, he found that they did not constitute “piracy” for purposes of the Alien Tort Act. See id. at *41-42, 47-48. Even to the extent the plaintiffs had identified an actionable tort, however, Judge Jones held that an injunction was still not warranted, because: (1) plaintiffs had failed to show they would suffer “irreparable harm” absent an injunction, (2) the public interest did not favor an injunction and (3) plaintiffs came to the court with “unclean hands.” Id. at *70-72, 73-76.

On these latter two grounds (public interest and unclean hands), Judge Jones made certain holdings that arguably were critical of plaintiffs’ conduct. On the public interest issue, he made the stark observation that “[i]f the court were to grant the whalers their injunction, more whales would die,” in violation of an “unquestionably important” U.S. public policy (as enshrined, for example, in the Marine Mammals Protection Act). Id. at *74. The court also considered that the public interest (and U.S. foreign policy interests) made it preferable for it to refrain from granting injunctive relief, noting that “this Southern Ocean dispute” was best resolved by diplomatic means, or through international adjudication. Id. at *73–75.

At the same time, Judge Jones declined to hold that plaintiffs’ activities were unlawful, holding instead that they were being carried out under color of law (in the form of the JARPA scientific whaling permit). Id. at *76–77. The court also declined to adjudicate the defendants’ claim that the JARPA program itself was “a thin veneer for the commercial slaughter of whales,” holding that, “[a]bsent an unambiguous edict from the IWC or other international authority” such as the ICJ, the court would not seek to question or examine the validity of the JARPA permit. Id. at *77.

The court was perhaps most directly critical on the “unclean hands” issue, finding that plaintiffs were “tainted” with inequitable conduct in connection with the relief sought. It found that, “inside the [Australian Whale Sanctuary]” (i.e., inside the zone covered by Australian legislation) the evidence did show that the plaintiff whalers were “flouting the Australian injunction.” Judge Jones found it inconsistent for the whalers to be “demonstrat[ing] their disrespect for a judgment of a domestic court” in Australia, while seeking parallel injunctive relief from another domestic court. Based on this incongruity, the court found that the defendant eco-warriors were likely to prevail on an unclean hands defense. Id. at *76–78.

The Cetacean Research decision underscores the problems domestic courts sometimes encounter in disputes involving closely contested issues of international law, particularly where the issues are politically sensitive. These difficulties are particularly apparent in the tension between (on the one hand) the court’s strong remarks about the U.S. policies against whaling and (on the other) its unwillingness to adjudicate the core legal issue at the heart of the debate, namely, whether the plaintiff whalers’ scientific permit (and the JARPA program) were valid under international law. There is also a tension between the court’s refusal to adjudicate the legality of JARPA and its willingness to afford comity to the 2008 Australian judgment – even though that judgment ultimately derives its authority from an Australian territorial claim over Antarctica that is internationally contested (and is not recognized by the United States). It is, however, unclear whether the Antarctic territorial controversy was fully briefed to the court – and also uncertain whether the validity of the Australian judgment was ultimately a critical factor in the court’s analysis. These and other points are sure to be addressed further in the Ninth Circuit, should the whalers pursue their currently pending appeal.

*Mr. Nelson is a partner of Skadden, Arps, Slate, Meagher & Flom LLP, New York practicing international litigation and arbitration. Copyright 2012 by the author. The views expressed herein are solely those of the author and are not those of Skadden Arps or any one or more of its clients. The author would like to thank Tina Praprotnik, a Summer Associate in Skadden’s New York Office, for her invaluable assistance in preparing this article.