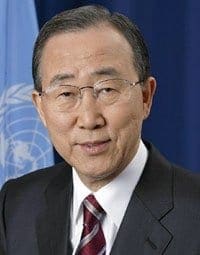 I’m in Geneva, Switzerland right now attending a meeting at the UN on global health. I had the privilege of meeting Ban Ki Moon briefly on Monday when he stopped by an exhibit I put together for the conference. He was quiet, and gracious, and personable. I couldn’t help but wonder what his thoughts are on this week’s G8 summit in Italy. Global health is on the agenda here this week, but there it’s been all about the economy and Climate Change. Following the progress of this week’s summit on the refreshingly Michael Jackson-free BBC Europe and CNN International channels, I was disappointed to see that little progress was made. Today, Ban Ki Moon spoke out against the G8 stating “The policies that they have stated so far are not enough, this is politically and morally (an) imperative and historic responsibility… for the future of humanity, even for the future of the planet Earth.”

I joked with colleagues at dinner last night that I was going to have my picture taken giving Ban Ki Moon a high five. After hearing that statement, I wish I had! 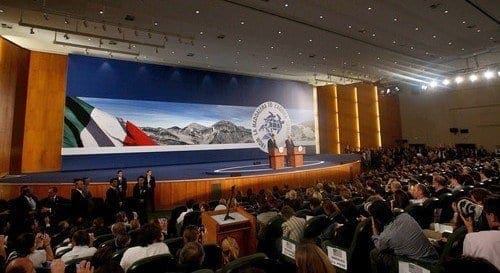