The whales are saved!? 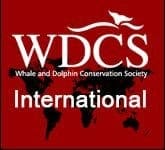 From commercial whaling at least, for now…

From the Whale and Dolphin Conservation Society:

Agadir 23rd June 2010 – After two days of closed-door discussions delegates to the International Whaling Commission (IWC) were unable to reach consensus on a proposal (the ‘deal’) that would see the legitimization of commercial whaling.

The moratorium (ban) still stands and Japan, Iceland and Norway continue to whale outside of the sanction of the IWC.

It was clear that, despite many presentations by the pro-whaling advocates, the majority of nations were not convinced by the arguments that any whales being killed under commercial whaling was acceptable.

Nations also rejected the view that quotas could be given whilst the moratorium still stood. It became obvious to delegates that the moratorium was fundamental to any allocation of quotas, be they in the thousands or the hundreds, or even tens.

The Latin American countries and Australia were clear on their opposition to the proposed deal. After weeks of uncertainty, even the EU took a strong position and rejected the proposed version while continuing to still be willing to negotiate.

It appears that the pro-deal advocates decided that it was too risky to push their proposal to a vote, and so risk it being publicly rejected in a devastating vote.

WDCS anticipates there will be further discussions in the coming year, but we now call on the nations of the world to realize that the old world view of whaling is over.

“We now call on governments to work together to ensure the moratorium is implemented fully and effectively ending commercial, and so-called scientific whaling, which have no place in the 21st century. WDCS believes that the IWC has a strong future, but not one that legitimizes this cruel, unmanageable and unnecessary industry,” says Nicolas Entrup, spokesperson of WDCS in Agadir.

The 62nd meeting of the IWC whilst not taking forward the ‘deal’ will now look at a number of important agenda items.

One important item still to be debated is the demand by Denmark that Greenland should be allowed to expand its hunt to include 10 humpback whales per year.

Full briefings on the Greenland issue available from WDCS