The Solution to Pollution is Dilution? No…

I’ve worked as a consulting environmental geoscientist since 1993 installing and sampling monitor wells, yanking countless leaking petroleum and chemical storage tanks out of the ground, finding the sources of underground leaks from other tanks and pipelines carrying all sorts of chemicals, and remediating sites with hazardous chemicals that were contaminating the air, ground water, soils, sediments, and surface water — all in violation of various State and Federal environmental regulations. Needless to say I’ve been very busy. 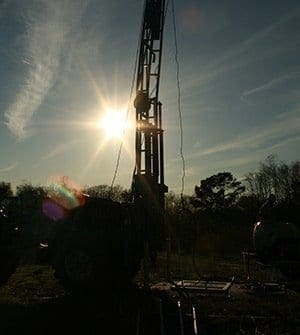 Nearly all manufacturing and many commercial processes naturally involve the transport, use, storage and/or disposal of hazardous materials whether they’re from petroleum refineries or tool makers or dry cleaners.

All our clients wanted to understandably save money but environmental laws are often viewed by industry as overly protective and expensive restrictions enforced by the government on those who are simply trying to make a profit.

As environmental consultants, our job was to save our clients money by understanding environmental laws and proposing projects that will clean up their “messes” so that they can operate legally and also hopefully minimize future liability issues.

On the other side of the table, sit the regulators from State and Federal environmental agencies, like the EPA, who have long been underfunded, underpaid and understaffed.

The result? A continuous struggle between regulators and industry, with industry trying to minimize costs and regulators trying to enforce regulations that are designed to protect human health and the environment. Too often, this results in debatable compromises.

An article recently published in The New York Times: Clean Water Laws Are Neglected, at a Cost in Suffering is what prompted me to write this post. I suggest that everyone read it and pass it around. Drinking contaminated tap water effects all of us and we need to find and implement solutions now.

The reason I wanted to post this under Marine Conservation is because of where tap water comes from and where it goes. Tap water comes from ground water and surface waters like rivers and lakes. In fact, most water in rivers and lakes also comes originally from ground water. Ground water is always beneath our feet in the pores of sediments and the fractures and pores of rocks at various depths. Every chemical or other contaminant released by industry or the general public on or in the ground can potentially make its way into the ground water below (unless it skips it entirely and runs across the surface through storm sewers directly into streams, rivers, lakes, and/or to the ocean). 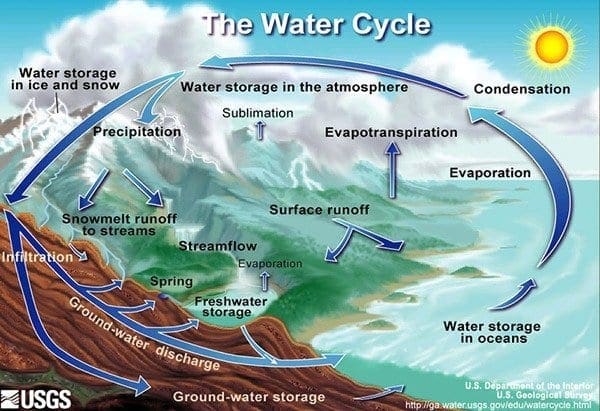 Ultimately, most contaminated water ends up in the ocean coming from a million sources. So, we are not only at risk from drinking and bathing in potentially contaminated water, we are also at risk when we swim and fish in our rivers, lakes and the ocean as well.

What keeps me going through it all is the idea that we really are making progress in cleaning up the environment that for many decades had no regulations that meant anything — especially during the period of explosive industrial growth during and after WWII when the thinking that The Solution to Pollution is Dilution was the de facto standard. In the last 30 years we (the U.S.) have had much better Federal environmental regulations arise that have helped industry to understand that they can no longer simply throw “it” out back. The cultures of many of the big industries have learned that changing various industrial processes can lead to better products with less hazardous waste as a result. But this sort of change takes time and we apparently still have a long way to go.

Our first order of business is to more effectively keep contaminants out of our drinking water in both municipal and rural settings. We’ll need more testing and more often, more options for treatment, and much better enforcement of the Clean Water and Safe Drinking Water Acts by State and Federal environmental agencies.

A second step will be to modernize our waste-treatment plants in the U.S., especially those around rivers, lakes and the coastlines where city outfalls discharge. Most of the contamination along our coastlines comes from these sources including the really nasty bacteria recently discovered on our beaches which is directly related to our broken water and wastewater infrastructure, built in the first half the 20th Century, that seriously needs modernization. It should also be noted that most of our fishing also occurs along and near our coastlines as well.

Then we can begin to seriously address the issues surrounding non-point sources of pollution from activities such as agriculture which contribute, mainly by overland runoff, significant quantities of arsenic, mercury, lead, PCBs, DDT, etc. to our streams, lakes, rivers, and again ultimately the ocean.

And that will still leave us with the various heavy industrial areas (that have huge clean-up costs as an indication of the magnitude of the problems that need to be fixed at those sites). The costs alone for properly remediating inherited problem lands such as those would kill many industries and this has already caused some to relocate operations outside the U.S. to China and India, etc. EPA and State regulatory folks have to be very careful with these sorts of issues as ultimately they are run by elected officials who, at the end of the day, have to play politics.

To accomplish much of the above we must allocate the proper resources and allow our State and Federal environmental agencies to do their mandated jobs and properly look after our environment and therefore ultimately, us.

And this is just what needs to be done in the U.S. to effectively address some of the marine pollution that we’re all responsible for….