The Global Warming “Debate” is over 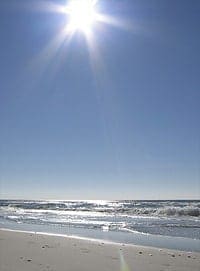 PRESS RELEASE
UNFCCC Executive Secretary says significant funds needed to adapt to climate change impacts (Brussels, 6 April 2007) – On the occasion of the launch of the Intergovernmental Panel on Climate Change’s (IPCC) assessment of present and future impacts of climate change, the UN’s top climate change official has pointed to the potential danger of climate change triggering conflicts over water, the spread of diseases and an increase in world-wide migration unless adequate adaptation measures are developed and integrated into long-term development planning.

“These projected impacts tell us that we urgently need to launch an agreement on future international action to combat climate change, as well as look for effective ways to generate the funds needed for adaptation,” said the Executive Secretary of the United Nations Framework Convention on Climate Change (UNFCCC), Yvo de Boer.

In the IPCC assessment, impacts such as increased incidents of drought and the flooding of large coastal areas is predicted, which would mean the displacement of millions of people around the world. The poor in developing countries of the world are considered to be the most vulnerable to such impacts.

“According to some estimates, there are already almost as many environmentally displaced people on the planet as traditional refugees. As the impacts of climate change strike home, the numbers are likely to rise considerably, possibly as high as 50 million by 2010,” de Boer said.

The UNFCCC Executive Secretary pointed out that the impacts of climate change would mean that significant resources would be needed to allow people to adapt for example by coping with increased incidences of drought and relocating away from endangered coastal areas.

“Our current sources of funding are insufficient to cover these adaptation needs. So the international community needs to investigate new and innovative sources of finance, not least through the carbon market, in order to ensure that the most vulnerable communities are able to cope. In many cases this financing, while addressing adaptation to climate change, will contribute to the economic and sustainable development of the communities,” he said.

“Climate change is meanwhile recognized to be not only an environmental issue, but an economic, trade and security issue and will increasingly dominate global and national economic decision-making,” he added.

At the United Nations Climate Change Conference in Conference in December in Indonesia, Parties to the UNFCCC and the Kyoto Protocol will agree on how to shape the post-2012 climate change regime under the auspices of the UN.

“This will be the opportunity for the international community to show commitment and to take action on adaptation and mitigation. Climate change will also be at the top of the agenda of heads of state at the upcoming G8 summit in Germany, so the appropriate political signals can already be sent from there,” he said.

This week, the UNFCCC secretariat also presented a new report from a 2007 small island developing States (SIDS) regional meeting which spells out further actions that can facilitate adaptation to climate change for such countries. The report points to the projected impacts of climate change on SIDS, such as economic losses from reduced agricultural yields, the loss of mangrove forests and coral reefs due to sea level rise and the acidification of the oceans. It also points to the inundation of settlements and arable land on the coast and reduction in tourism due to increases in the frequency and severity of extreme weather.

In addition, the report points out the crucial need for adaptation to be integrated into national sustainable development plans and strategies. “Small island developing States are a good example of countries where insurance rates continue to increase from year to year. But in these countries, insurance-related action on the part of governments also provides a unique opportunity to provide incentives for risk reduction, as a tool for adaptation, while at the same time engaging the private sector in climate change response action,” said Mr. de Boer.

The UNFCCC report says the use of insurance could go beyond the traditional model, for example through innovative mechanisms such as enabling SIDS to generate carbon credits in exchange for support for insurance.