The Evidence is Melting 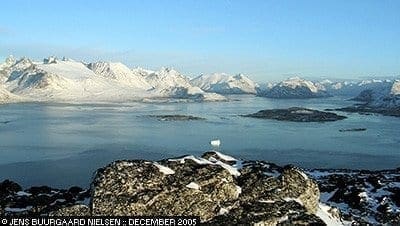 Well if you still don’t believe global warming is real, read this article published today in the San Francisco Chronicle titled “Greenland’s ice cap is melting at a frighteningly fast rate” – it reports more evidence that the planet is warming faster than ever and, if it continues unabated, the consequences will be severe:

“The vast ice cap that covers Greenland nearly three miles thick is melting faster than ever before on record, and the pace is speeding year by year, according to global climate watchers gathering data from twin satellites that probe the effects of warming on the huge northern island.

The consequence is already evident in a small but ominous rise in sea levels around the world, a pace that is also accelerating, the scientists say.

According to the scientists’ data, Greenland’s ice is melting at a rate three times faster than it was only five years ago. The estimate of the melting trend that has been observed for nearly a decade comes from a University of Texas team monitoring a satellite mission that measures changes in the Earth’s gravity over the entire Greenland ice cap as the ice melts and the water flows down into the Arctic ocean.

‘We have only been watching the ice cap melt during a relatively short period,’ physicist Jianli Chen said Thursday, ‘but we are seeing the strongest evidence of it yet, and in the near future the pace of melting will accelerate even more.’

The full report was published in the online version of Science magazine: http://science.sciencemag.org/content/313/5795/1958

Using time-variable gravity measurements from the Gravity Recovery and Climate Experiment (GRACE) satellite mission, we estimate ice mass changes over Greenland during the period April 2002 to November 2005. After correcting for effects of spatial filtering and limited resolution of GRACE data, estimated total ice melting rate over Greenland is -239 ± 23 cubic kilometers per year, mostly from East Greenland. This estimate agrees remarkably well with a recent assessment of -224 ± 41 cubic kilometers per year, based on satellite radar interferometry data. GRACE estimates in southeast Greenland suggest accelerated melting since the summer of 2004, consistent with the latest remote sensing measurements.