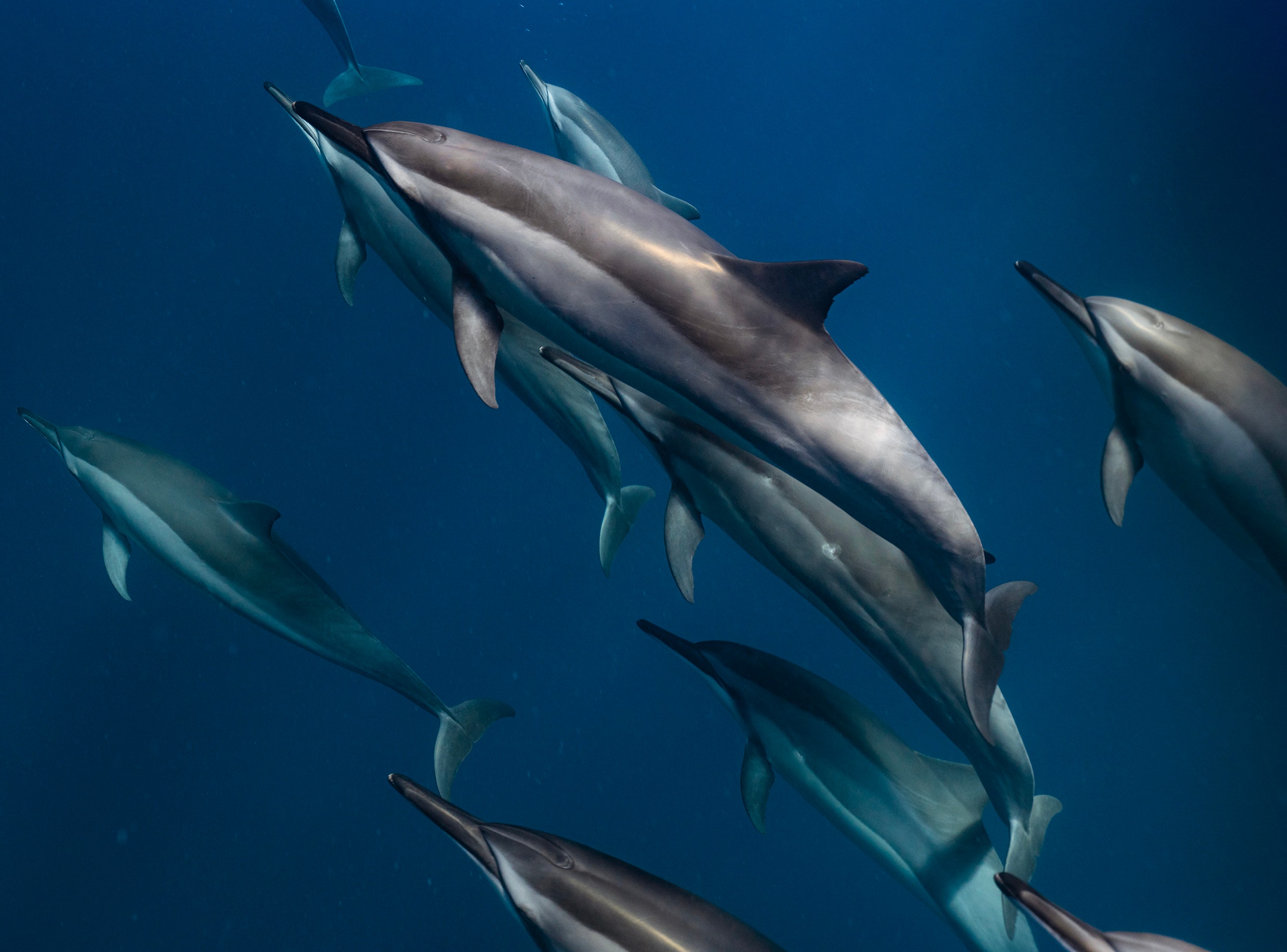 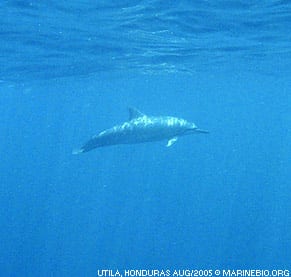 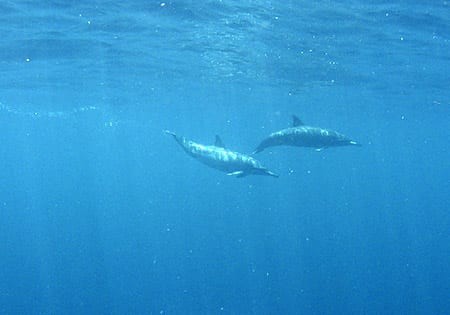 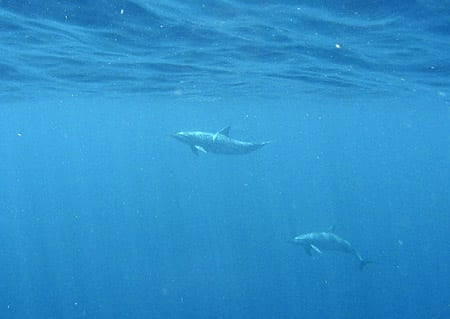 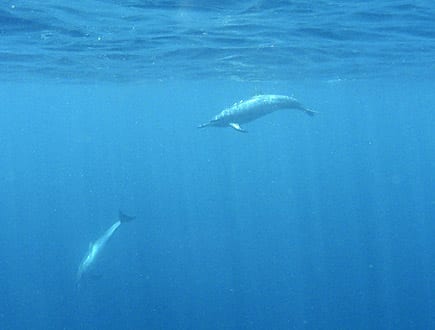 Spinner dolphins, Stenella longirostris (Gray, 1828), aka long-snouted spinner dolphins, measure about 2 m in length and weigh about 90 kg. They have small, pointed flippers and curved dorsal fins at the center of their bodies. Spinner dolphins are dark gray on their dorsal (top) sides with a lighter gray area that runs from their eyes to their tails. Their ventral (under) side is white.

There are four subspecies of spinner dolphins:

Body shape and color also vary regionally, but in general spinner dolphins are small cetaceans with slender bodies. Most have long thin beaks with the exception of Clymene dolphins (Atlantic short-snouted spinners). This species has more teeth than other dolphins; between 45-65 sharp, pointed teeth are found in each side of both the upper and lower jaws. They have small pointed flippers, and are variations of gray in color with white ventral (under) sides.

Spinner dolphins are a very gregarious species frequently traveling together in schools and with other species, such as spotted dolphins and humpback whales. In the eastern tropical Pacific, spinner dolphins swim with yellowfin tuna, which has resulted in great numbers of spinner dolphins caught as bycatch in purse-seines.

The characteristic spinning of this species is thought to be used for communication as it is often observed when a school is scattered. Another theory is that the spinning may be related to the removal of parasites or of remoras.

Spinner dolphins, Stenella longirostris, are found all over the world.

Hawaiian or Gray’s spinners are found throughout the Hawaiian Islands traveling in somewhat smaller groups of >200, and in the Gulf of Mexico, Caribbean, and mid-Atlantic to the northwest coast of Africa.

Costa Rican spinner dolphins are found in large schools of >1,000 in coastal waters off the west coast of Central America.

Whitebelly spinners are also found off the coast of Mexico, but farther out in the open sea than Eastern spinners. Whitebellies also inhabit the northern Pacific coast of South America in large schools of >1,000.

Dwarf spinner dolphins are found in the Gulf of Thailand.

Female spinner dolphins, Stenella longirostris, reach sexual maturity at about 4-7 years, males at about 7-10 years. The gestation period lasts about 10.5 months, and calves are nursed for 1-2 years. The calving interval is between 2-3 years.

Spinner dolphins, particularly whitebelly and eastern spinner dolphins in the eastern tropical Pacific, have significantly decreased in population size due to their entanglement in the purse-seine nets used by the tuna fishing industry. They are commonly found swimming in large schools above schools of yellowfin tuna, and are therefore used by fishermen to target yellowfin schools. Purse seines capture marine life indiscriminately and have caused declines in spinner dolphin populations as large as 80% since the 1960s when the use of purse seines began. Spinner dolphins are often found in aquariums because they survive in captivity.