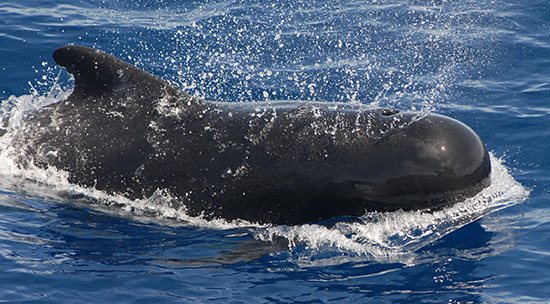 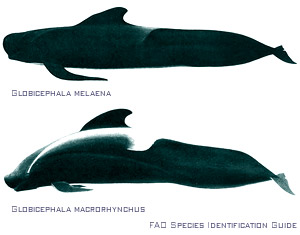 JUST LIKE YOU from Rafa Herrero Massieu
Shot in digital with a Red Epic Dragon cine camera at 6K resolution – 6 times greater than high definition.
Miguel Lozano is silver medallist World Depth Championship 2015.
The Canary Islands, together with Hawaii, are the only two places in the world which have resident populations.
For us who call ourselves human beings, it is a great responsibility to protect not only their survival but also their welfare.

There are three subspecies of long-finned pilot whales, Globicephala melas:

Pilot whales are often found in captivity. They have been trained by the US Navy to locate military equipment from deep ocean depths for retrieval. The pilot whale is a gregarious species often found in groups of 20-90, in which there are often small families of females and their calves. Although males are found in these groups as well, they are not necessarily fathers of the calves.

Pilot whales are often associated with mass strandings of several hundred animals. The cause of the mass strandings is unknown, although several theories exist such as sonar problems or parasitic infections that interfere with the central nervous system causing neurological disorders.

Pilot whales, Globicephala, feed on squid and other cephalopods and small fish. These dolphins have only 40-48 teeth compared to 120 in other dolphin species. Adults may consume up to 14 kg of food per day.

Pilot whales have been observed hunting in groups to help concentrate their prey in the center of a pod by using their vocal communications.

Female pilot whales reach sexual maturity at about 6 years of age or when they grow to about 4 m in length. Males reach sexual maturity at 12 years of age or 4.6 m in length. Females give birth about every 3-5 years, and gestation lasts 12-15 months. Newborn calves measure 1.8 m in length at birth and weigh about 102 kg. Females nurse their calves for about 22 months. Male pilot whales compete for females by fighting and often display aggressive behavior with females, resulting in scarred flesh and occasional infections. Females remain fertile to 35 years old and can lactate as late as 51.

Pilot whale population numbers are unknown, however they are not considered endangered. There are an estimated 1 million long-finned pilot whales and approximately 200,000 short-finned pilot whales worldwide. Pilot whales have been hunted for their meat, bone, oil, and for fertilizer, a practice which continues in some areas. Because they easily adapt to captivity, pilot whales are also exhibited in many aquariums and zoos.