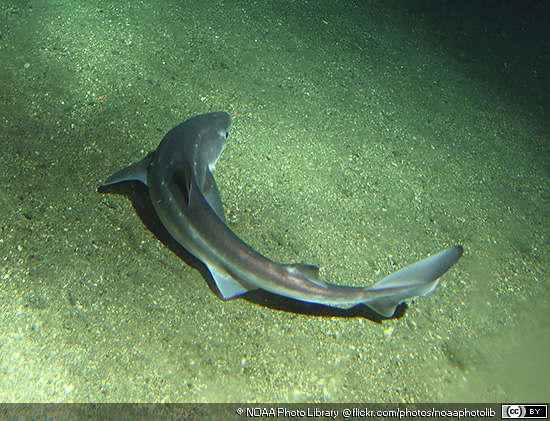 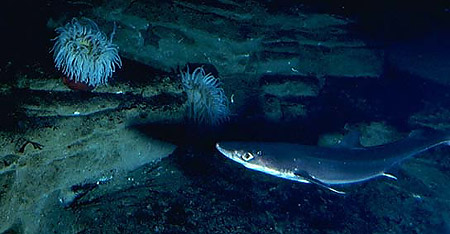 Piked dogfish sharks, Squalus acanthias (Linnaeus, 1758), are members of Family Squalidae or the dogfish sharks. Other common names include spurdogs (UK), skittledogs, thorndogs, codsharks, cape sharks, spiny dogfishes, dogfishes, flakes, huss, and rock salmon. This species is characterized by their spines on both dorsal fins. Piked dogfish are slim sharks with narrow, pointed snouts and characteristic white spots. They have two dorsal fins with ungrooved large spines, their first dorsal fin spine originating behind the rear tips of their pectoral fin. No anal fin is present. They are gray on their dorsal (upper) sides, white on their ventral (under) sides. Their maximum length is 1.6 m; 1.2 m (female); maximum weight is 9.1 kg; maximum reported age: 75 years.

Piked dogfishes are possibly the most abundant living shark and are commonly used in zoology labs to teach vertebrate anatomy as well as for general scientific experimentation. Much of what we know about shark biology, neurology, and anatomy has come from the intensive study of Squalus acanthias.

They are antitropical and are found in the Western Atlantic: Greenland to Argentina; Eastern Atlantic: Iceland and Murmansk Coast (Russia) to South Africa, including the Mediterranean and Black Seas; Western Pacific: Bering Sea to New Zealand; Eastern Pacific: Bering Sea to Chile. They are also benthopelagic; brackish; marine; depth range 0-1,460 m. Temperate; 7-15°C; 72°N-55°S. An inshore and offshore dogfish of the continental and insular (island) shelves and upper slopes commonly found near the bottom, but also in midwater and at the surface. Often found in enclosed bays and estuaries. Reported to enter freshwater but cannot survive there for more than a few hours. Schools mainly segregated by size and sex; mixed schools have also been reported.
https://www.youtube.com/watch?v=VVhz-H5Xu1M

Often schooling by the thousands, these sharks are omnivorous feeding primarily on bony fishes, mollusks, crustaceans, other invertebrates, as well as algae.

Ovoviviparous, with litters of 1-20 young. Gestation period of 18-24 months, longest known gestation of all Elasmobranchii. Size at birth 18-30 cm. Sex ratio at birth is 1:1. Females experience a series of rhythmic contractions, just like in mammals, and the young are delivered head first. Mating may occur in winter. 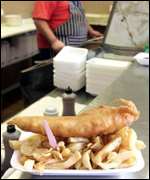 Piked dogfish spines are venomous. This important and wide-ranging commercial species is particularly vulnerable to overfishing because of its late maturity, low reproductive capacity and longevity. The species is still landed commercially in significant numbers from target fisheries (some of which are managed) in many parts of the world and is of high value in international trade. Much of the “fish” in “fish-in-chips” in Europe is actually the shark Squalus acanthias.

Bigelow & Schroeder (1948) noted that in a time of peak abundance in 1904-05 an estimated 27,000,000 dogfish were taken off the Massachusetts coast each year. The piked dogfish is probably the best-known of living sharks, particularly from a morphological, experimental and fisheries-biological viewpoint, though its ecological relationships and ethology is far less well known than some other sharks, particularly certain tropical carcharhinids and sphyrnids.

Piked dogfishes is listed as Vulnerable (VU A2bd+3bd+4bd) on the IUCN Red List of Threatened Species: