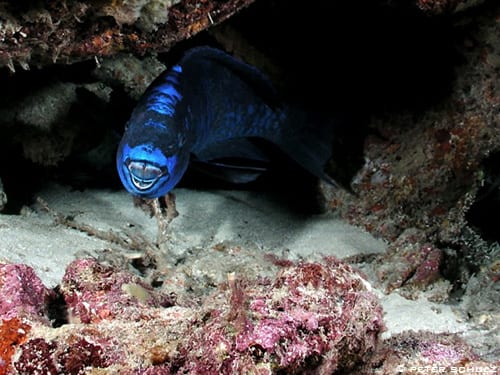 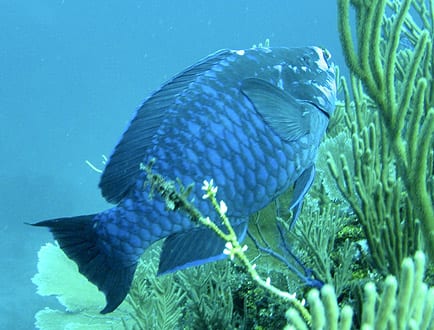 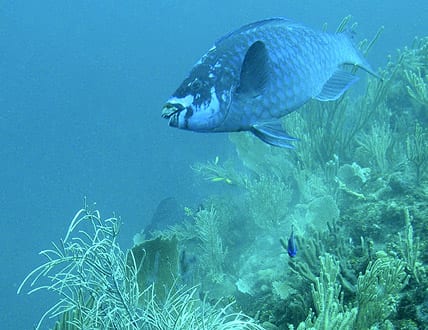 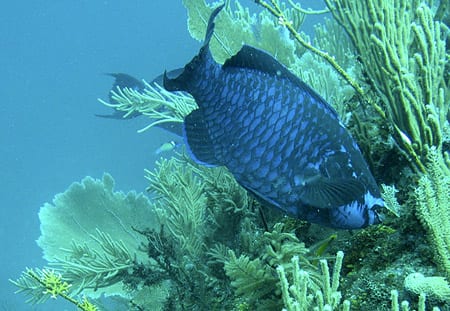 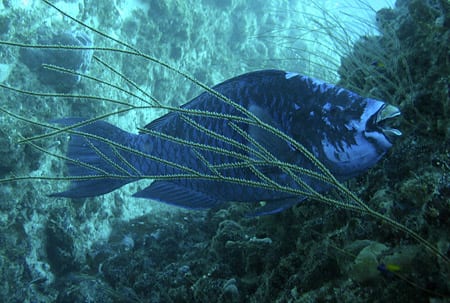 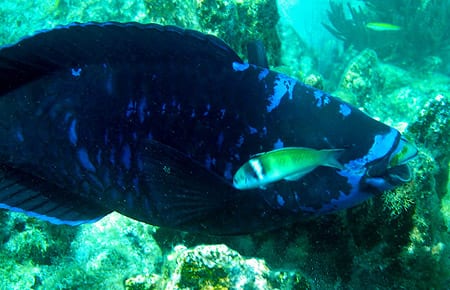 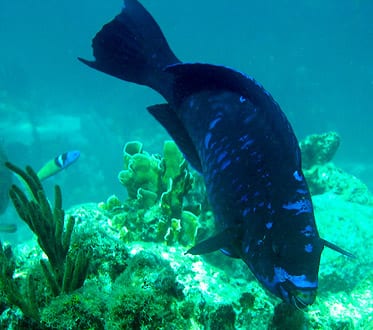 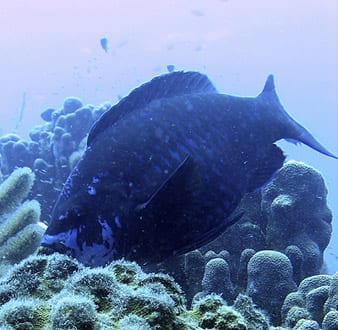 Midnight parrotfishes, Scarus coelestinus (Valenciennes, 1840), aka nightowl parrots and scarlds, are large blue and black parrotfishes with bright blue unscaled heads and a blue band between their eyes. Midnight parrotfish reach up to 77 cm in length and weigh up to 7 kg. Their teeth are blue-green in color. Like all parrotfish, they have numerous teeth on the outside of their jaw that form a beak used to scrape algae off coral and other substrates.

Midnight parrotfish feed during the day, often in groups or schools, and sleep in crevices at night.


Midnight parrotfish, Scarus coelestinus, can be found around coral reefs between 5-75 m deep in tropical waters in the Caribbean and in the western Atlantic from Bermuda to Florida and south to Brazil. 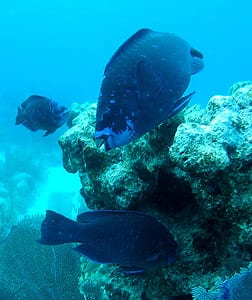 Midnight parrotfish feed on algae and can be observed (and heard) using their beaks to crunch off pieces of corals and other substrates during the day.

By feeding on the algae, they help keep ecosystems balanced by preventing algae overgrowth, which can suffocate coral. They also help distribute sand in tropical areas as the coral and rocky substrate they ingest is ground up by their pharyngeal teeth then eliminated as sand.

Female Scarus coelestinus are pelagic spawners. They release fertilized eggs into the water, which become part of the plankton and eventually settle to the bottom until they hatch.

Midnight parrotfishes, Scarus coelestinus, are sold commercially on occasion. A commercial fishery exists for some of the larger tropical species. Exact population figures for this species are not known, however they are not abundant and anecdotal evidence suggests they may be decreasing in numbers.