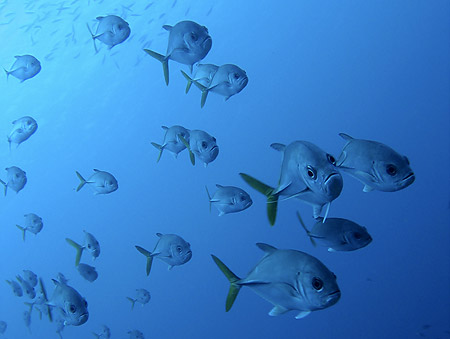 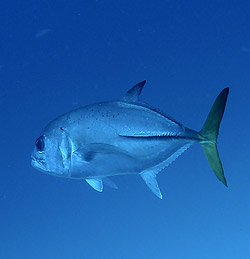 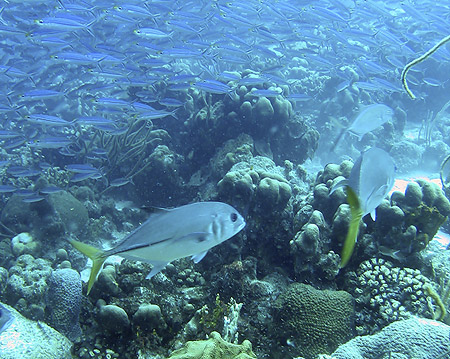 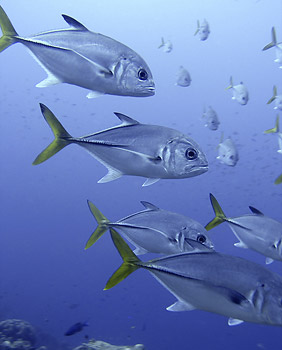 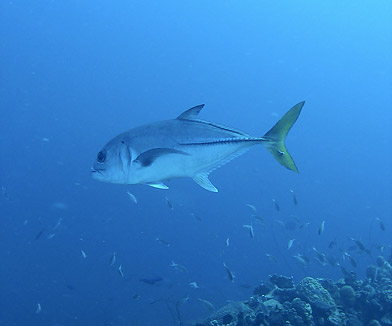 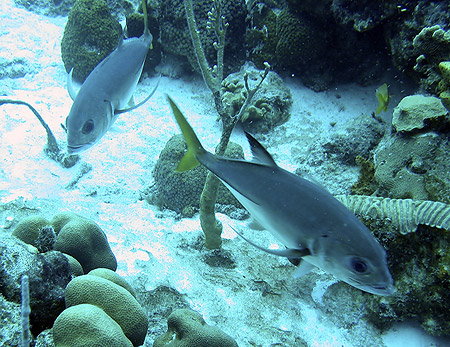 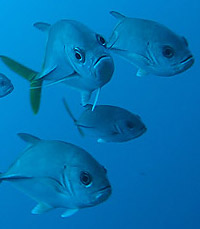 Horse-eye jacks are similar in body shape to other jacks in the Family Carangidae, but their head is not as blunt. Their fins are blackish as opposed to the yellow tinge of crevalle jacks. As their name indicates, their eyes are very large.

Horse-eye jacks are found in the western Atlantic: New Jersey (USA), Bermuda, and the northern Gulf of Mexico to Rio de Janeiro, Brazil. Also found throughout the Caribbean. In the eastern Atlantic: St. Paul’s Rocks, Ascension Island and two confirmed records from the Gulf of Guinea.

A pelagic schooling species usually found in offshore reefs within a depth range of 0 – 140 m though they are usually found at 0 – 20 m. Juveniles are encountered along shores of sandy beaches, also over muddy bottoms. May penetrate into brackish water and ascend rivers. Often approaches divers.

Reproduces via dioecism (sexes are separate), fertilization is external with an unknown spawning frequency in June, July, and August off Cuba.