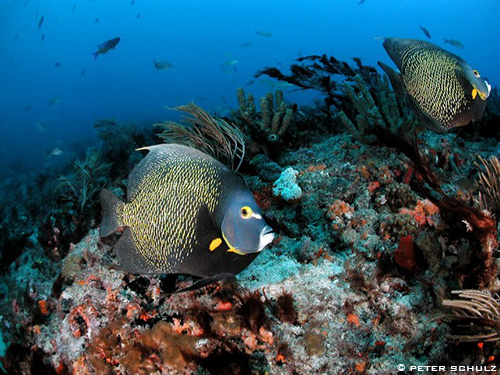 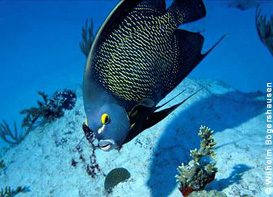 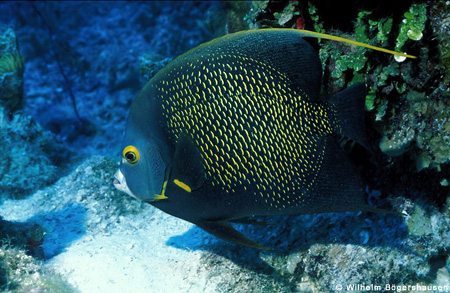 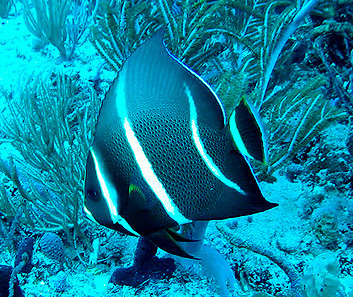 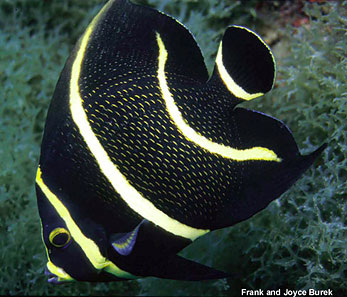 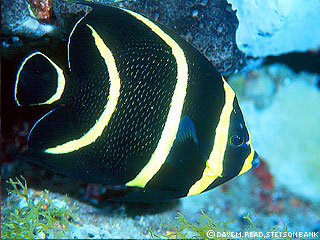 Adult French angelfish reach 41.1 cm in length. Their bodies are covered in black scales except those at front from nape to abdomen, which are rimmed with golden yellow. They have a broad orange-yellow bar at the base of their pectoral fins and have a dorsal filament that is yellow. As they become adults their chins become whitish and the outer part of their iris is yellow; eye narrowly rimmed below with blue.


French angelfishes are common in shallow reefs and are usually found in pairs, often near sea fans and sponges. Juveniles are jet black with circular bright yellow bands and they tend cleaning stations where they service a broad range of clients, including jacks, snappers, morays, grunts, surgeonfishes, and wrasses. At the station the cleaner displays a fluttering swimming and when cleaning it touches the clients with its pelvic fins.

Spawning pairs are strongly territorial, with usually both members vigorously defend their areas against neighboring pairs.

They are nest nonguarders, reproduce via external fertilization and are open water/substratum egg scatterers.

There are reports of ciguatera poisoning from eating French angelfishes. They have been reared in captivity. The juveniles are frequently taken by aquarists. Easily approached and photographed.