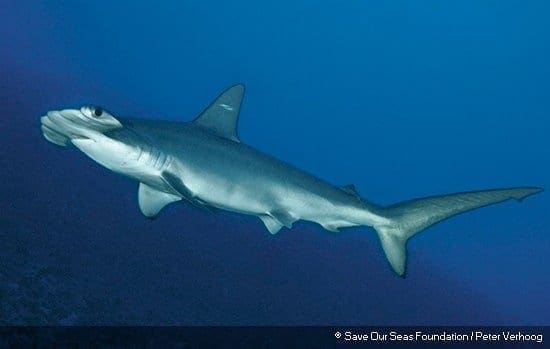 Carolina hammerhead sharks, Sphyrna gilberti (Quattro, Driggers III, Grady, Ulrich & Roberts, 2013), were only recently discovered in 2013 off the coast of South Carolina. Joe Quattro and a team of scientists from the University of South Carolina analyzed their DNA and found they were indeed distinct from their scalloped family members. Upon further research, they discovered that the Carolina hammerheads had 10 fewer vertebrae than their cousins the scalloped hammerheads.

There were 80 young sharks resembling scalloped hammerheads collected and 54 of those were found to be Carolina. Among these the juveniles were between 40-50 cm in length. It is thought the adults can range in size from 3-4 m. Outside of Carolina waters only tissue samples from five species have been found out of 300-400 specimens.

Due to rarity of specimens and the highly migratory behavior of most sphyrnids, their total range is  unknown with the only areas currently confirmed for Sphyrna gilberti are offshore of the Carolinas in the Western Atlantic.

There is not enough information known about Sphyrna gilbert at this time on to report feeding behavior/ecology though they likely feed mainly on teleost (bony) fishes and cephalopods (squid, octopus, and cuttlefishes), also lobsters, shrimps, crabs, as well as other sharks and rays.

All that is known at this point of time concerning reproduction is they are viviparous and give birth in estuaries along the Carolina shore. If they are similar to scalloped hammerheads then they might produce 15-31 43-55 cm pups following a 12 month gestation.

Populations of scalloped sharks have been in sharp decline the past few decades (by up to 90%).  These numbers do not bode well for Carolina hammerheads.