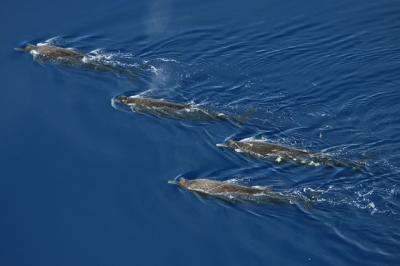 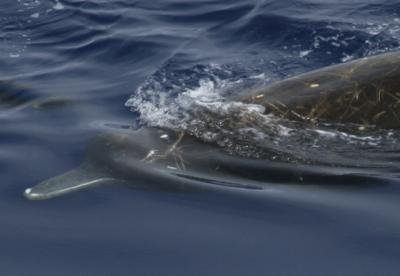 Arnoux’s beaked whales are a gregarious species generally found in groups of 6-10, but larger groups of 80 individuals have been recorded. Groups of these whales have been observed swimming under sea ice up to 7 km deep between breaths, a remarkable distance for any cetacean. During breathing intervals near the surface, these whales have been observed changing direction before diving between 249-366 m for long periods of time, up to an hour, in extremely cold water. The surface temperature of the water in the area studied in this case was -0.8°C. In spite of these amazing swimming skills, Arnoux’s beaked whales have been known to become trapped under ice.


Arnoux’s beaked whales, Berardius arnuxii, are found throughout the southern hemisphere from the Antarctic continent and ice edge north, to about 34°S. They are found in the southern Pacific including southeastern Australia 29°S and northern New Zealand 37°S, and in the southern Atlantic to Sao Paolo 24°S, and the Indian Ocean. They are widely distributed; however they are not common within their range. Most reported sightings have been in the Tasman Sea and around the Albatross Cordillera in the South Pacific. Strandings have predominantly been found around New Zealand.

Arnoux’s beaked whales are known to enter pack-ice and are thought to live close to the ice edge in summer and farther out in open water during winter.

There have been many sightings of Arnoux’s beaked whales in the Cook Strait during summer, and sightings of large pods were reported along the western Antarctic coast during spring.

The Arnoux’s beaked whale has been found in both shallow, coastal waters, as well as near continental slopes and seamounts.