Some thoughts for the New Year 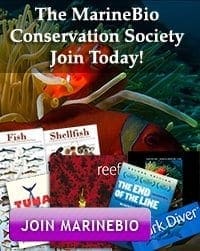 I’ve been spending my last few days of vacation thinking about how to make 2009 a good year. I’m not one for New Year’s resolutions, to me they set you up for failure at worst and at best make the things you should be doing anyway seem all the more burdensome. My birthday also falls into this time of year, so for me it’s a good time to reflect on what’s working, what’s not, and what needs to change.

So rather than build them up with a high level of expectation as “resolutions,” I simply think about positive ways to improve my life and then do them.

Which got me thinking about all the of problems in our ocean. Which got me googling. I stumbled on this article from the Economist that encapsulates the issues really well. The December 30 issue of the Economist has an excellent series on the ocean.

I hope these articles encourage you to think about these problems and how we can solve them. And I hope you have a happy, healthy, and prosperous New Year.

Not much is known about the sea, it is said; the surface of Mars is better mapped. But 2,000 holes have now been drilled in the bottom, 100,000 photographs have been taken, satellites monitor the five oceans and everywhere floats fitted with instruments rise and fall like perpetual yo-yos. Quite a lot is known, and very little is reassuring.

The worries begin at the surface, where an atmosphere newly laden with man-made carbon dioxide interacts with the briny. The sea has thus become more acidic, making life difficult, if not impossible, for marine organisms with calcium-carbonate shells or skeletons.

These are not all as familiar as shrimps and lobsters, yet species such as krill, tiny shrimp-like creatures, play a crucial part in the food chain: kill them off, and you may kill off their predators, whose predators may be the ones you enjoy served fried, grilled or with sauce tartare. Worse, you may destabilize an entire ecosystem.

That is also what acidification does to coral reefs, especially if they already are suffering from overfishing, overheating or pollution. Many are, and most are therefore gravely damaged.

Some scientists believe that coral reefs, home to a quarter of all marine species, may virtually disappear within a few decades. That would be the end of the rainforests of the seas.

Carbon dioxide affects the sea in other ways, too, notably through global warming. The oceans expand as they warm up. They are also swollen by melting glaciers, ice caps and ice sheets: Greenland’s ice is on track to melt, which eventually will raise the sea level by about 23 feet. Even by the end of this century, the level may well have risen by seven-eighths of a yard, perhaps more.

For the 630 million people who live within six miles of the sea, this is serious. Countries such as Bangladesh, with 150 million inhabitants, will be inundated. Even people living far inland may be affected by the warming: Droughts in the Western U.S. seem to be caused by changing surface temperatures in the tropical Pacific.

And then there are the red tides of algal blooms, the plagues of jellyfish and the dead zones where only simple organisms thrive. All of these are increasing in intensity, frequency and extent.

All of these, too, seem to be associated with various stresses man inflicts on marine ecosystems: overfishing, global warming, fertilizers running from land into rivers and estuaries, often the whole lot in concatenation.

Some of the worrying changes may not be entirely the work of man. But one that surely has no other cause is the dearth of fish in the sea: Most of the big ones have now been hauled out, and the rest will be gone within decades if the pillage continues at current rates. Indeed, more than three-quarters of all marine fish species are below, or on the brink of falling below, sustainable levels.

Another change is the appearance of a mass of discarded plastic that swirls around in two clots in the Pacific, each as large as the U.S. And the sea has plenty of other ills.

Each of these changes is a catastrophe. Together they make for something much worse. Moreover, they are happening alarmingly fast — in decades, rather than the eons needed for fish and plants to adapt. Many are irreversible.

It will take tens of thousands of years for ocean chemistry to return to a condition similar to its pre-industrial state of 200 years ago, says Britain’s most eminent body of scientists, the Royal Society. Many also fear that some changes are reaching thresholds after which further changes may accelerate uncontrollably.

No one fully understands why the cod have not returned to the Grand Banks off Canada, even after 16 years of no fishing. No one quite knows why glaciers and ice shelves are melting so fast, or how a meltwater lake on the Greenland ice sheet covering six square kilometers could drain away in 24 hours, as it did in 2006. Such unexpected events make scientists nervous.

What can be done to put matters right? The sea, the last part of the world where man acts as a hunter-gatherer — as well as bather, miner, dumper and general polluter — needs management, just as the land does.

Economics demands it as much as environmentalism, for the world squanders money through its poor stewardship of the oceans. Bad management and overfishing waste $50 billion a year, says the World Bank.

Economics also provides some answers. For a start, fishing subsidies should be abolished in an industry characterized by overcapacity and inefficiency. Then governments need to look at ways of giving those who exploit the resources of the sea an interest in their conservation.

One such is the system of individual transferable fishing quotas that have been shown to work in Iceland, Norway, New Zealand and the Western U.S. Similar rights could be given to nitrogen polluters, as they have been to carbon polluters in Europe, and to seabed miners on continental shelves. A system of options and futures trading for fish could also help.

Quotas work in national waters. But the high seas, beyond the limits of national control, present bigger problems, and many fear that the tuna, sharks and other big fish that swim in the open ocean will be wiped out.

Yet international fishing agreements covering parts of the North Atlantic show that management can work even in such common waters — though the Atlantic tuna commission also shows it can fail. And where fishing cannot be managed, it must simply be stopped.

Nothing did so much good for fish stocks in northern Europe in the past 150 years as World War II: By keeping trawlers in port, it let fisheries recover. A preferable solution today would be marine reserves, the more, and the bigger, the better.

In a world whose demand for protein grows daily, the need to conserve stocks is plain. The remedies are not hard to grasp. Politicians, however, are supine. Few of them, especially in Europe, are ready to stand up to potent lobbies, except in small countries where fishing is so important economically that the threat of mass extinctions cannot be ignored.

Yet the mass extinction, however remote, that should be concentrating minds is that of mankind. It is not wise to dismiss it where CO2 emissions, the other great curse of the oceans, are concerned.

In the long run, the seas are the great sink for nearly all carbon. They may be able to help avert some global warming — for instance, by providing storage for CO2, by providing energy through wave or tidal power, or by somehow taking carbon out of the atmosphere faster than at present. They will, however, continue to change and be changed as long as man continues to put so much carbon into the atmosphere.

So far, the rising sea levels, dying corals and spreading algal blooms are only minor distractions for most people.

A few more hurricanes like Katrina, a few dramatic floods in the coastal cities of the rich world, perhaps even the shutting down of a part of the world’s great conveyor belt of ocean currents, especially if it were the one that warms up Western Europe: any of these would catch the attention of policymakers. The trouble is that by then it may be too late.