So You Want to Free Willy, Too?

After watching Ric O’Barry in The Cove, it’s hard not to want to free any dolphin you come across in captivity. O’Barry has been at the forefront of dolphin rescue since the ‘70’s, after watching Kathy, one of the five dolphins who played Flipper, commit suicide in his arms. O’Barry is now working to free the largest member of the dolphin family: the orca. Along with a former SeaWorld trainer, two other marine mammal experts, and PETA (People for the Ethical Treatment of Animals), O’Barry is listed as a “near friend” of Tilikum and Katina from SeaWorld Orlando; and Corky, Kasatka, and Ulises from SeaWorld San Diego. The five orcas are named as plaintiffs in PETA’s lawsuit against SeaWorld. Tilikum is the orca that grabbed and killed his trainer in 2010.

PETA is asserting that the whales are, in effect, involuntary servants: held in captivity, ripped from their families in the wild, subject to sperm collection and artificial insemination, and forced to perform; all for SeaWorld’s profit. PETA is arguing that this is illegal… under the 13th Amendment, which abolished slavery in 1864. PETA claims this is the first suit of its kind: seeking to apply constitutional rights to animals.

SeaWorld calls the suit “baseless and in many ways offensive.” And they may be right…PETA’s case is not being given very good odds by legal experts. It will be a victory for PETA if they can even get the case heard without it being dismissed right away. Even though the 13th Amendment doesn’t specifically say that it applies only to humans, it is doubtful that any court will want to open the door to the potential unforeseen legal backlash possibly created by hearing the case. After all, if constitutional rights could apply to orcas, what animal is next?

I can see both sides of this one. On the surface, I can see how people are offended by PETA’s suit. People fought long and hard in this country to end slavery and indentured servitude. That wound is still healing for many. Racial stereotypes, profiling, and discrimination are unfortunately alive and kicking still today.

But if you take a look below the surface, you get a different picture. We know that orcas have sophisticated social structures. We know they are very intelligent, and have a wide range of emotions. We know that different pods have unique hunting techniques and behaviors passed down through generations by communication, essentially their own culture. So the question looms: is it right for us to take an animal that may cover 75 miles a day in the wild, and hold them against their will in an empty pen, simply for our own entertainment? 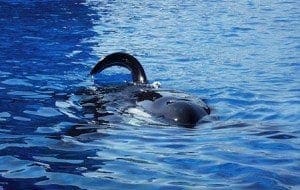 SeaWorld claims that the suit would take away “the public’s right to enjoy and learn more about marine mammals.” But what gave us that right? And what marine mammal would you rather enjoy: the one with the defeated, curled over dorsal fin? Or the one in its natural habitat, behaving vibrantly as a normal whale would? Who knows if those questions will discussed in this lawsuit, but they are already being talked about in the court of public opinion, and that may turn out to be the most important part of this lawsuit. 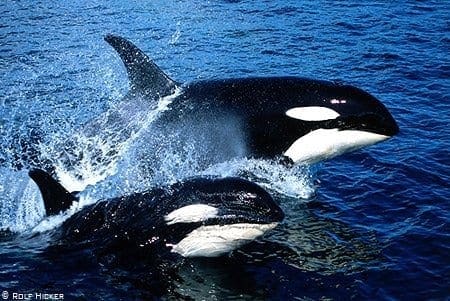