It’s that time again. Shark Week on Discovery Channel. I haven’t been tuning in for the past few years because I’m always disappointed that they don’t discuss shark conservation more. What a missed opportunity! They are, of course, appealing to the masses so shark attacks are high on the list — but if sharks are such a huge draw that they devote a week to them each year, why not protect their investment and talk about the threats that are wiping shark populations out all over the world? Why don’t they discourage shark fishing, and discuss how shark finning is an inhumane brutal treatment of these magnificent animals? Why don’t they point out that sharks are a critical component of the marine ecosystem and that, without them, entire food webs are disrupted? 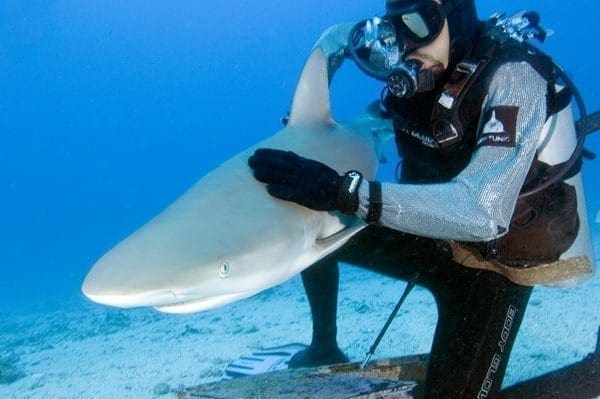 I doubt I’ll tune in to Shark Week this year either — I’ve seen enough documentaries about shark attacks. Though they do point out that shark attacks are rare I get really tired of the creepy narrator voice making sharks sound 100 times more ominous than they really are. Discovery should really focus on cultivating care for sharks — not fear.