A new member recently posted that Amazon is selling two brands of shark fin soup. Here is the information he posted:

What you can do:

2. Send email to Pacific Rim Gourmet at customerservice@pacificrim-gourmet.com and to Phyllis.Goldberg@rolandfood.com and write a letter of protest to:

4. Spread the word through your webpage, blog, etc.

5. Boycott Amazon.com until they comply

Shark-fin soup — who eats it?

Shark-fin soup was a regional delicacy in Canton, south China, until the late 1980s. Though the government of Beijing derided shark-fin soup as a symbol of elitism; it ended this stance in 1987. This soup has become increasingly popular at wedding banquets, birthdays, feasts and business dinners, as a way of honoring guests and is now commonly served in East Asia and in Asian restaurants worldwide. The Disney company recently removed shark fin soup from its menus due to public pressure. It is unfortunate that these companies don’t recognize the value in removing an environmentally destructive product because it’s the right thing to do. So we’re forced to continue complaining loudly until we’re heard.

Wow! Is it delicious? How’s it prepared? Is it healthy?

Shark fin soup is cooked for a very long time until the shark fin separates into needles of cartilage that look like clear noodles. The fin meat has no flavor, the soup is flavored with other ingredients such as chicken broth, ham, and shiitake mushrooms. The inclusion of shark fin is merely for texture and status. Shark-fin soup is also traditionally regarded in Chinese medicine as a tonic; however shark fin has little nutritional value–and, in fact, it may even be harmful to health over the long term as shark fins can contain high levels of mercury. 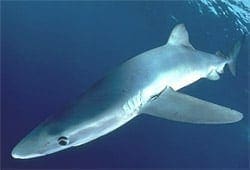 Which sharks are killed for their fins? Are they endangered?

There are 400 species of shark, and many are used for their fins. blue, hammerhead and silky sharks are the most highly traded in Hong Kong. Makos and threshers are popular for human consumption, and great whites are also “harvested.”

The United Nations Food and Agriculture Organization says over 100 million sharks, skates and rays are killed every year. This is likely just half of the actual total because another half is unreported. The number of sharks taken each year puts shark populations in jeopardy because of their slow reproductive rate. Some sharks only have 1-2 pups every other year, and many species don’t reach sexual maturity until they are at least nine or more years of age. Shark populations are quickly declining — the dusky shark population in the U.S. Atlantic has declined 90 percent.

What exactly is finning?

“Finning” refers to the practice of cutting off the shark’s fins and discarding the body. Sometimes sharks die after they are caught, but often, they remain alive after their fins are removed. When they’re thrown back into the ocean, they bleed to death or they drown because they can’t swim without fins. Divers have discovered hundreds of dead finned sharks in huge shark graveyards.

Do sharks attack many people, or is that just sensationalized?

Sharks do not target humans. They far prefer the flavor of fish flesh over human flesh. They are often quite shy around humans. Statistically, you have a better chance of getting hit by lightning or dying of a bee sting than being eaten by a shark. Sharks are victims of misconception and media hype. Though 2001 was dubbed the “Summer of the Shark,” only five people died worldwide. Most shark bites are usually associated with circumstances such as chum in the water or human interference with a shark’s target species. Their reputation for being “evil” animals is false; sharks are majestic and amazing creatures that should be cherished in our seas and respected for the role they play in the marine ecosystem.