Japan has threatened to defy a 21-year-old moratorium on commercial whaling after it failed to overturn the ban at the International Whaling Commission’s annual conference this week in Anchorage, Alaska. 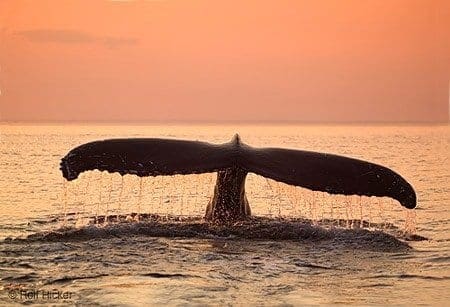 Japan added that it is considering pulling out of the 77-nation commission in protest and may “unilaterally” hold whale hunts along its exclusive economic zone.

“There is a real possibility we will review, at a fundamental level, our role in the IWC and this would include withdrawing,” said Japan’s top delegate, Akira Nakamae, at the end of the four-day conference Thursday.

Japan, the world’s largest consumer of whale meat, says it may consider forming its own alternative whaling commission with other “liked-minded” nations.

Japan says the moratorium is unnecessary because whale populations have increased significantly in recent years.

IWC Chairman William Hogarth said he was sympathetic with Japan but asked it to review its decision about a possible pullout from the commission and setting up a new body.

“I really hope Japan doesn’t pursue that,” said Mr. Hogarth, who is also the top U.S. delegate to the IWC. “We, all countries, need to put all the issues on the table and discuss them thoroughly in the spirit of compromise.”

Japan’s threats “seem to be serious,” though in the past it has failed to follow through on similar tough talk, said Karen Sack, Greenpeace USA’s whaling project leader, who attended the conference.

“The will of the international community is toward whale conservation,” Ms. Stack said. “If [Japan] were to act unilaterally in opposition to international law, then there are consequences that they would have to face.”

The Asian power has killed thousands of whales in recent years under a IWC program that allows countries to hunt whales for “research purposes,” despite the 1986 international ban on commercial whaling.

Critics have accused Japan of exploiting the program, which allows the meat of the whales killed to be sold commercially, as a way of skirting the ban.

Japan this week offered to halt plans to hunt 50 humpback whales in the South Pacific if its request for whale hunting by four coastal Japanese towns was accepted.

Japan said the communities, which have a long whaling tradition, should be allowed to resume the practice of whale hunting under IWC rules that permit certain aboriginal communities, such as Alaska Natives, to hunt the giant mammals.

But the proposal was rejected by anti-whaling nations, including the U.S., Argentina, Australia, Brazil, Britain, Germany and New Zealand, who said the plan didn’t go far enough to protect whales.

As tensions increased at the conference, Japan withdrew its bid to host the annual IWC talks in Yokohama in 2009, saying it made no sense to stage the talks in Japan when the commission refuses to support its “sustainable” whaling concept.

The IWC, which was established in 1946 to manage whaling and oversee the conservation of the large mammals, for decades was dominated by the U.S. and other countries opposed to commercial whaling.

But at the 2006 conference, a Japanese-backed proposal to end the commercial whaling ban won a simple majority. Though it failed to win the three-quarters majority required for ratification, it was the closest that the pro-whaling movement has come to overturning the moratorium.

This year, the anti-whaling group was in the majority and moved a resolution reaffirming the ban.

Still, Japan may be able to take along up to 30 pro-whaling members from the IWC into any new organization it sets up, some delegates said.