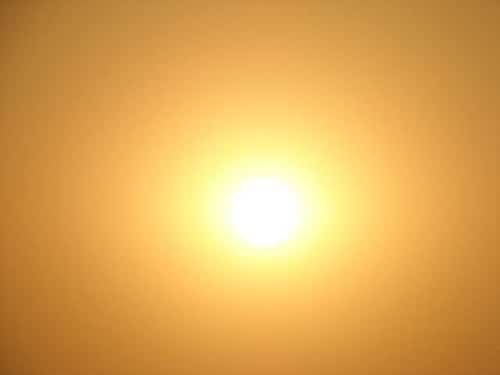 So my blog posts have been few and far between over the past few months, but I have a good excuse. For the past 15 years I’ve been commuting 25 miles to work. Alone. In my car. Then coming home in the evenings and blogging about global warming. Feeling every bit the hypocrite. I’d rationalize by saying, well, I work from home frequently to avoid the commute. And I’m very conservative with electricity. But 50 miles round trip for 15 years? That’s a lot of emitting and contributing to the problem. So. I’ve been house hunting for the past few months with the goal to reduce my commute to under 5 miles from an energy efficient home. I’m proud to say that two days ago I closed on a home 3.5 miles from my office. A home built in 2005, which means it’s much more up-to-date in terms of efficiency than the 43 year old house I was living in. I’ll have to give up my power showers in the old house where the water pressure could clean graffiti off cement, but my conscience welcomes the dramatically decreased water usage.

My house hunting experience was an arduous, painfully slow, emotional roller coaster ride. But that was my fault for being so particular about what I wanted. And as a first time home buyer I had a lot to learn. The first house I put an offer on was in a high-risk flood area and its mid-century modern design is one of the worst architecture styles in terms of energy efficiency. There’s next to no insulation. I jumped the gun because I fell in love with the aesthetics, but fortunately I got out of the deal. Once I slowed down and made more practical decisions, I found a home that I love that also meets my green expectations.

With all that work house hunting, I didn’t have much time to follow the Copenhagen climate change summit.  Seems I didn’t miss anything. I really hoped that, this time, decisions would be made and action would be taken. There have been other climate change talks that have changed nothing. This one with its resolution to resolve nothing, at least not definitively and decisively, will be tossed onto that pile. Maybe the “Copenhagen Accord” will have more impact than the “Kyoto Protocol” – but if political will continues at the slower-than-molasses-in-January rate, we’re in big trouble. The Kyoto Protocol was proposed in 1997 – but not implemented until 2005. Eight years?

Then there was the ill-timed “climate-gate.” Fodder for the conservative rumor mill, which has shadowed my perception of the Internet being the greatest communication tool since the telephone. Because baby-boomer retired conservatives (like my father) seem to have nothing better to do than send fear-mongering emails back and forth about how the tree-hugging liberals (like me) are trying to ruin this country. Actually, my father has no idea what I do – but he loves to hate Obama along with his right-wing friends. I avoid talking politics with him at all costs.

Those of us who believe that climate-change is a real and serious threat need to work harder to build momentum toward action on this issue by global political leaders. We can’t continue to allow the powers that be to hem and haw until the situation reaches crisis level and it’s too late. Some think it’s already too late. Based on what I’ve seen in the oceans, particularly the impact on coral reefs, I am one of those who fear it may be too late.

So the very least I can do is walk the walk. But I plan to do more. With the extra time I’ll have without the ~hour-long commute, I’m going to stay up on the latest information about global warming, and share it in this blog and on MarineBio. And I’m going to change my behavior to do what I can as an individual to reduce my “carbon footprint.” That’s my 2010 resolution. What’s yours?