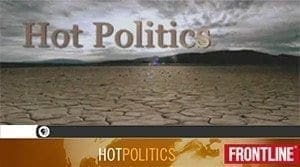 Technologies are available to significantly reduce greenhouse gases but nations must adopt them far more aggressively to avert the worst consequences of global warming, the leading scientific authority on climate change said yesterday.

The United Nations Intergovernmental Panel on Climate Change said temperature increases that began more than a century ago could be capped at 3.6 degrees if nations level greenhouse gas emissions in the next decade and then reduce them between 50 percent and 85 percent by 2050.

With the most aggressive action, the cost of reducing emissions would total less than 3 percent of the world’s gross domestic product by 2030, the report predicted.

“The time for making excuses is over. . . . The time to act is now,” Adil Najam, a lead author of the report and associate professor at Tufts University’s Fletcher School, said by e-mail from Bangkok, where the report was released. “We can do something about climate change. We now have the technologies and enough known policy measures that we know work.”

“Certainly there is no leader in the world that is going to be pursuing a strategy that would drive their economies into a deep recession,” said James L. Connaughton, chairman of the White House Council on Environmental Quality.

In a teleconference after the release of the report, Connaughton stressed that nuclear power, which creates no greenhouse gas emissions but generates radioactive waste, had to be part of the solution.

Despite widespread speculation that the report would make a push for vastly expanding nuclear power, it suggested only a modest increase. In 2030, according to the report, 18 percent of the world’s energy supply could come from nuclear reactors, up just 2 percent from the amount produced in 2005.

The report said individuals could make a significant difference in emissions by changing their lifestyle and consumption patterns. The authors said relatively simple steps, from carpooling to reducing use of air conditioning, could collectively make large reductions with little economic harm.

Still, long-term reductions will probably cost consumers money, although the report did not say how much.

Yesterday’s report follows two grim analyses issued over the past several months by the scientific panel, which concluded that rising temperatures worldwide are primarily the result of human activity and significant climate changes are already underway as a result.

The panel projects that the world’s average temperature will rise 3.2 degrees to 7.2 degrees Fahrenheit by the end of this century if emissions aren’t curbed. That temperature increase could cause rising sea levels, more powerful storms, and droughts.

Climate change analysts said they want governments to use the new report as a blueprint for new energy policies and a framework for worldwide climate negotiations as the Kyoto Protocol, the multi-nation pact to reduce emissions that the United States has refused to sign, expires in 2012.

But they acknowledged that reducing emissions will not be easy. Worldwide greenhouse gas emissions increased 70 percent between 1970 and 2004, the report noted, and they are projected to increase anywhere from 25 percent to 90 percent by 2030 if current emission trends continue.

And while many of the solutions laid out in the report — from wind projects to developing carbon emissions caps and penalties — are proven, few have been developed on a large enough scale to significantly lower emissions.

US Representative Edward J. Markey, a Malden Democrat who is chairman of the Select Committee on Energy Independence and Global Warming, said the report is a reminder of the urgent need to reduce carbon pollution.

“The warnings could not be more alarming,” said Markey. “But this report also gives much reason for hope. We know what we need to do to protect the planet. The only question is whether we have the wisdom to do so in time to make a difference.”

The report is the third of four that will be released this year by the climate change panel, which reviews existing scientific literature and reports to the international community every five years. The final report this year will be a synthesis of the three previous reports.

“The first report made the science unambiguous, and the second highlighted the urgency of action,” said Najam. “The real contribution of this one is to say that we now have the policy and technology means to do something. . . . That is a hopeful message. . . . Now the ball is in the court of governments and politicians.”