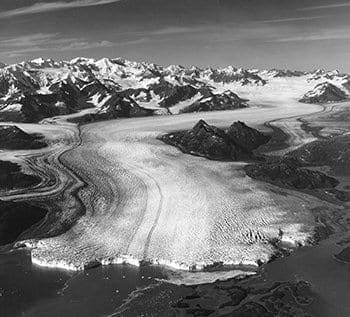 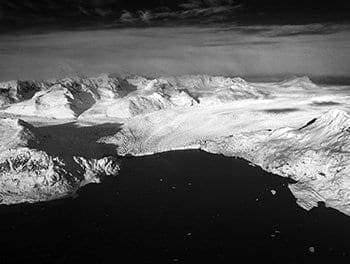 In a bleak and powerful assessment of the future of the planet, the leading international network of climate change scientists has concluded for the first time that global warming is “unequivocal” and that human activity is the main driver, “very likely” causing most of the rise in temperatures since 1950.

They said the world is already committed to centuries of warming, shifting weather patterns and rising seas, resulting from the buildup of gases in the atmosphere that trap heat. But the warming can be substantially blunted by prompt action, the panel of scientists said in a report released here today.

The report summarized the fourth assessment since 1990 by the group, the Intergovernmental Panel on Climate Change of the United Nations, sizing up the causes and consequences of climate change. But it is the first in which the group asserts with near certainty — more than 90 percent confidence — that carbon dioxide and other heat-trapping greenhouse gases from human activities have been the main causes of warming since 1950.

In its last report, in 2001, the panel, consisting of hundreds of scientists and reviewers, put the confidence level at between 66 and 90 percent. Both reports are online at https://www.ipcc.ch.

If carbon dioxide concentrations in the atmosphere reach twice their pre-industrial levels, the report said, the global climate will probably warm by 3.5 to 8 degrees. But there would be more than a 1-in-10 chance of much greater warming, a situation many earth scientists say poses an unacceptable risk.

Many energy and environment experts see such a doubling as a foregone conclusion sometime after mid-century unless there is a prompt and sustained shift away from the 20th-century pattern of unfettered burning of coal and oil, the main sources of carbon dioxide, and an aggressive quest for expanded and improved nonpolluting energy options.

Even an increased level of warming that falls in the middle of the group’s range of projections would likely cause significant stress to ecosystems and alter longstanding climate patterns that shape water supplies and agricultural production, according to many climate experts and biologists.

While the new report projected a modest rise in seas by 2100 — between 7 and 23 inches — it also concluded that seas would continue to rise, and crowded coasts retreat, for at least 1,000 years to come. By comparison, seas rose about 6 to 9 inches in the 20th century.

John P. Holdren, an energy and climate expert at Harvard University, said that the “report powerfully underscores the need for a massive effort to slow the pace of global climatic disruption before intolerable consequences become inevitable.”

Since 2001 there has been a torrent of new scientific evidence on the magnitude, human origins and growing impacts of the climatic changes that are underway,” said Mr. Holdren, who is the president of the American Association for the Advancement of Science. “In overwhelming proportions, this evidence has been in the direction of showing faster change, more danger and greater confidence about the dominant role of fossil fuel burning and tropical deforestation in causing the changes that are being observed.”

The conclusions came after a three-year review of hundreds of studies of clues illuminating past climate shifts, observations of retreating ice, warming and rising seas, and other shifts around the planet, and a greatly expanded suite of supercomputer simulations used to test how earth will respond to a building blanket of gases that hold heat in the atmosphere.

The section released today was a 20-page summary for policymakers, which was approved early this morning by teams of officials from more than 100 countries after three days and nights of wrangling over wording with the lead authors, all of whom are scientists.

It described far-flung ramifications for both humans and nature.

It is very likely that hot extremes, heat waves and heavy precipitation events will continue to become more frequent,” said the summary.

Generally, the scientists said, more precipitation will fall at higher latitudes, which are likely also to see lengthened growing seasons, while semi-arid, subtropical regions already chronically beset by drought could see a further 20-percent drop in rainfall under the mid-range scenario for increases in the greenhouse gases.

The summary added a new chemical consequence of the buildup of carbon dioxide to the list of mainly climatic and biological impacts foreseen in its previous reports: a drop in the pH of seawater as oceans absorb billions of tons of carbon dioxide, which forms carbonic acid when partly dissolved. Marine biologists have said that could imperil some kinds of corals and plankton.

For more information on what the IPCC is see: https://grist.org/article/ipcci/