Light & Color in the Ocean

The penetration of sunlight into the sea and its interaction with water and dissolved and suspended materials is an important physical phenomenon in the ocean.

Evaporation and precipitation determine the salinity of the ocean in any given region and both of these processes depend on energy from the sun. Heat from the sun drives the ocean currents and modifies our climate. Sunlight also provides an energy source for the photosynthetic processes of phytoplankton, on which most life in the sea depends. Thus, it behooves us to know a little about sunlight in the sea.

When you look at a blue piece of fabric, a red car, the blue sky, have you ever stopped to consider why you see that particular color? It’s very simple, really. Objects of a particular color cannot absorb that color; thus, what we see are reflected or scattered wavelengths of light that are not absorbed. 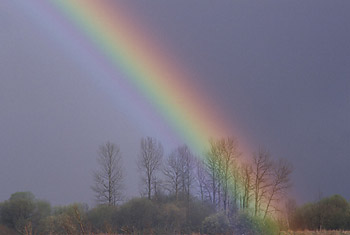 In the case of the fabric, it absorbs all the greens and yellows and oranges and reds, and what’s left is blue. Same with the car and the sky. They absorb all the wavelengths of light except the one you see. Gradations in color or combinations of colors work the same way, only a spectrum of colors is not absorbed, or different segments of the visible spectrum are absorbed differentially.

The same is true for the oceans. Water (and seawater) is a very good absorber of all wavelengths of light except blue. Because water makes up a significant percentage of the atmosphere, our skies are also blue. But what about when the ocean is green or blue green? 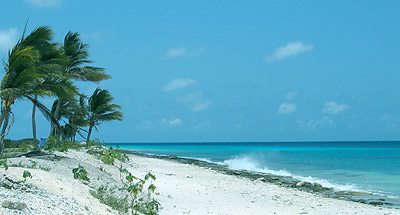 Changes in ocean color are primarily due to changes in the type and concentration of organisms suspended in the water, namely phytoplankton (which include photosynthetic bacteria, such as the cyanobacteria). Areas of river outflow, sewage outfall, or intense land runoff, near the coasts, may contain large amounts of suspended sediments, which give seawater a milky or dirty color. 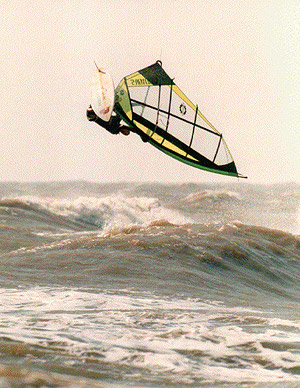 In some areas, such as near pulp mills, discharges of dissolved organic material can cause changes in the color of the ocean. For the most part, however, it is the phytoplankton that cause variability in ocean color.

Before we can appreciate the changes in the color of the ocean, we need to know something about how light in general changes as it penetrates into the ocean. When sunlight hits the ocean surface, some of it is reflected (around 5% on average) and the rest is transmitted through the water where it is eventually absorbed by water and the chemical and particulate components (salts, plankton, etc.) in the water. The zone of penetration of light into the water column is called the euphotic zone. 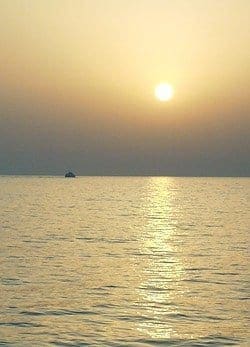 In general, the euphotic zone is defined as the area between the sea surface and the depth where light diminishes to 1% of its surface value.

The depth of the euphotic zone depends largely on the concentration of organic and inorganic materials dissolved or suspended in the water column.

Thus, with more materials, such as in coastal waters, the depth of the euphotic zone will be shallow, perhaps only a few feet.

In waters like the open ocean or tropical waters where terrigenous influences are negligible and concentrations of plankton are sparse, the euphotic zone may be quite deep, perhaps 150 m (~450 ft) or more. 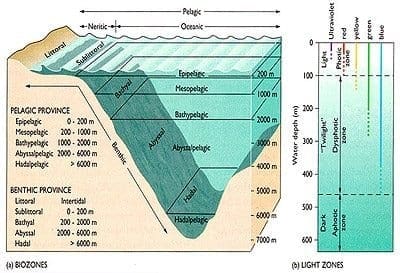 Fight For Our Reef

Read More
Dive In For More
Find out more >

by GNN
Find out more > 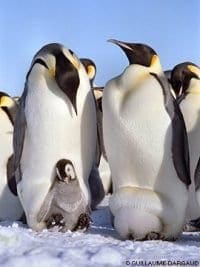 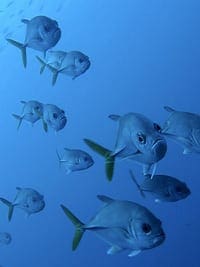 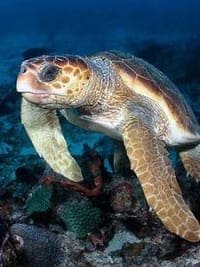 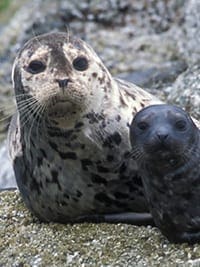 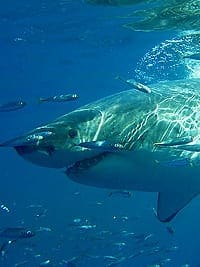 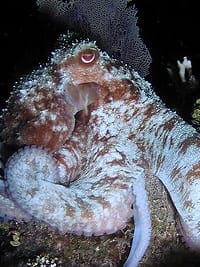 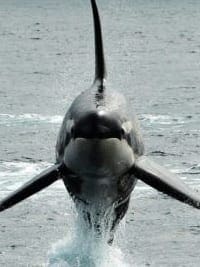 How is this allowed? Some of these sharks must be on the endangered list. At the very least, people who take pleasure in harming innocent, trusting lives are sick and should be in locked treatment facilities or prison. People who are cruel to other people ALL started with heartless cruelty to animals. Her level of delight in hurting these animals is a dangerous sociopathology.

Sick b*tc#! Not surprising that she's from Florida.

I hope you fall in and get eaten by a great white.

None to bright that one. She needs to study the eco system and realise just how they are essential these magnificent creatures are .

Why would you think this is something fun to do? Do you feel mighty when you catch them or hunt other animals?

What is her goal? To look badass? She’s achieved the opposite. Ugh.

She's scum. Sick in the head. Sorry excuse for a human.

Hope she gets eaten...what a sick human being

Simply feed her to the sharks!

Obviously needs to be fed to them!

Greta Thunberg: ‘It just spiralled out of control’ | Free to read

How graceful and magical 💛

What a beautiful beautiful work of art. There has to be a Creator!!! Wow!!!

Everybody’s got top eat, but isn’t this out of the normal food chain for orcas?

I don’t know about y’all but I counted 36. Has any body else counted 36? Asking for myself of course.

Orcas are the wolf of the sea! That is normal!!

Cant the blue whale just dive deep fitter than the orcas can go?

75 orcas seems a bit of exaggeration. Or how did they know they were 75 in total? Perhaps it was a whole pack of orcas with a number of 20-25 individuals?

Normal and amazing shouldn’t be any sad faces

I don't know about pods of 75 attacking a fully grown whale but Orcas are factually known to hunt and kill infant Blue Whales (adults are too large).They pursue,then drown the calf.

They didn't call them *whale killers* for nothing!