No such thing as too many volunteers… 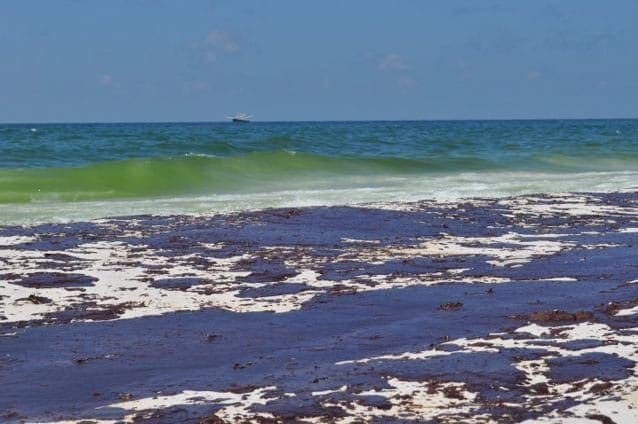 …unless the cause is toxic. I came across this image on Facebook and it really hit close to home. It was posted by one of my BFF’s from high school (hi Michelle!). A BFF whom I’d spent a week with on this very coast during Spring Break ’84 in Panama City! I wish I could share fond memories from that trip, but all I remember is eating the worm. And driving Sabrina’s Oldsmobile because she was too sunburned….

Good times. That was 25 years ago. Ouch. I’ve since spent a week minimum on these shores every year with friends and/or family. And now I’m filled with regret because the beaches that I love, that inspired me to work in marine conservation, that inspired me to start scuba diving, are now marred by this toxic, smelly, sticky mess. This avoidable mess.

Their lies are downright criminal. Now that The Oil is starting to hit home, literally for the person who took this photo who lives in Pensacola, people who want to help clean up their beaches are being told that there are “too many volunteers” – yet, only two men and one bucket have been seen in the area. This mess stretches for miles. Two men and a bucket aren’t going to cut it. So why are people being turned away from helping with the clean up? I suspect BP is trying to avoid lawsuits because clean up is toxic and workers need hazmat (hazardous materials) training. But even with hazmat training, there are stories that people are having respiratory problems because of the cleanup. And it’s all over the news that workers are being told they’ll be fired if they’re seen wearing respirators. BP is full of BS in my opinion.

In the meantime, more oil is coming ashore and a massive cleanup effort is needed urgently. So why are people being turned away? Apparently the photographer of the photo above is not the only one rebuffed by BP. According to the Huffington Post, even offers to volunteer by highly-qualified geologists and people with hazmat training are being ignored.  This sickens me. We love these beaches and we want to protect what we love. To have the very people that caused all this damage refusing to let people help is beyond wrong.