Microchips and fish (and whales and turtles)

Closing the gap between science and conservation: 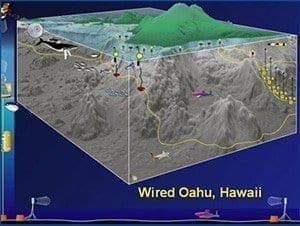 WASHINGTON — In a modern update of “fish and chips,” researchers are planning a worldwide effort to track the movement of sea creatures tagged with tiny electronic devices.

Following pilot testing in the north Pacific, the Ocean Tracking Network will expand to the Atlantic, Arctic, Mediterranean and Gulf of Mexico.

Details of the expansion were scheduled to be announced Monday at Dalhousie University in Halifax, Nova Scotia, Canada.

Sea life ranging from salmon to whales, turtles to sharks, will be tagged so they can then be tracked as they swim past arrays of sensors placed at critical locations in the oceans.

The Ocean Tracking Network “will foster the development of new Canadian technology, a deeper understanding of the effects of climate change and help shape fisheries and endangered species management worldwide,” Peter MacKay, Canada’s minister of foreign affairs and minister of the Atlantic Canada Opportunities Agency, said in a prepared statement.

Initial research for the effort was done as a joint U.S.-Canada project in the north Pacific.

The goal is to eventually have 5,000 ocean receivers arranged in 60 lines worldwide, capable of tracking up to 1 million animals at the same time. Headquarters will be at Dalhousie University.

Some listening equipment already in use can be modified to become part of the program while other areas will need new equipment, officials said.

In the new system tagged sea creatures will also collect data from other tagged animals they encounter.

That means scientists studying data from a shark, for example, would also know what other fish or sea mammals it had encountered in its travels — or even the ones it ate if they were tagged.

The scientists said the tracking system will allow them to better understand animal movements and behavior changes that occur due to global warming. That will help in managing fisheries both for conservation and business.

In addition to Canada and the U.S., participants in the program include universities and organizations in South Africa, Australia, Japan, Spain, New Zealand, Portugal, Mexico, Iceland and Norway.