The success of MarineBio is largely due to the efforts of our core team of volunteers and the following volunteers who help make our sites a leading source of information for the marine life sciences.

Our volunteers and contributors include amazing marine life photographers, marine biology students and many marine biologists (both academic and field biologists) who help out with the specific issues they specialize in (e.g. coral reefs, cephalopods, etc.). We also have marine biologists who help answer questions at our Facebook Group.

Would you like to be added or do you have changes (e.g., photos) to your information below? Email us anytime

“I have been fascinated with the underwater world ever since I saw my first Sea Hunt episode at age 5. Now I travel the world capturing Marine images with the hope of inspiring others to respect and enjoy the Ocean and to enlighten folks of the importance of Ocean Conservation.”

Kevin is sharing his talents by contributing to MarineBio’s species database. 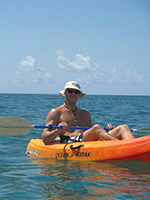 Along with sharing some of his pictures from his underwater photography website (www.khtphotos.com), Kristian is sharing his expertise by contributing to MarineBio’s echinoderm group and species content (in progress). 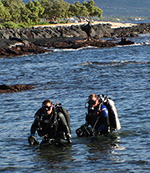 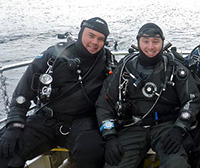 Partial Pressure Productions is Trevor and Peter Fulks — brothers with a passion for the underwater world. They film their journey through adventure, education and discovery. Based in Southern California, Peter and Trevor shoot video underwater in an attempt to share their fascination with the aquatic world with others.

They are contributing ID photos and HD video clips of many of the California marine species that they encounter during their exploration benether the waves.

Matthew Tate is a university graduate currently assisting MarineBio in the development of many of its key web pages and the ongoing stranding project. He has always had a great interest within the field of Marine Biology, influenced as a child by a wide range of media and literature. He is now fulfilling this interest and is currently working towards further education and looking forward to a career in marine biology.

Tyler Carrier is an undergraduate marine science major at the University of Maine. His professors have sparked his passion for marine invertebrates. Tyler is currently doing dietary research on the green sea urchin (Strongylocentrotus droebachiensis). He also hopes to become a marine invertebrate professor and continue to do research on echinoderms. Tyler has been a large contributor to the “sea stars & urchin” section of the marine species database project.

Jacquelyn Foos has been interested in Marine Biology since the age of nine after feeding a Sea Lion at Marine World. She is currently helping MarineBio with the global Marine Stranding database project and is very excited to help scientists, students, and others concerned with the environment and the oceans. Currently, she is also working full-time at a non-science job and has been attending college part-time for the past four years. She is looking forward to attending school full-time in Fall 2012, and working towards a degree in Biology (with a concentration of Marine Biology). She aspires to do research and become a professor, who encourages others to go after their dreams and academic goals, while helping students learn about the world around us.

Gavin Barker is a high school student anticipating a career in either marine conservation biology or marine biology. Inspired by Dr. Carl Safina, the Cousteau family, and Sylvia Earle, etc. he wishes to inspire many in the global movement to protect our precious oceans. Gavin has been a active member for many years now and helps MarineBio in many ways. What sparked his interest was kayaking with seals in Maine and getting a taste of commercial fishing in New England.

Georgina Mills is a Biological Sciences graduate, from the University of Reading, UK. She is currently working as an Editorial Assistant within science publishing in London. After having had experience in writing through the University student newspaper, she is keen to expand this experience and write about the topics that interest her: environmental biology, conservation and ecology.

Kerry Gildea Beck is a former aerospace and political journalist based in Washington, D.C. She is a volunteer interpreter at the National Zoo’s Amazonia Exhibit and her current writing projects are heavily focused on animal conservation.

One of the best moments in her life was snorkeling off Hawaii’s Na Pali Coast with a giant green sea turtle “honu.”

David Hall – Contributing Photographer
“It has always been my hope that my fascination with, and respect for, all living things would show in my work and help to inspire similar feelings in others.” seaphotos.com

Wilhelm Bögershausen – Contributing Photographer
A wonderful collection of photos of many species from around the world.

Dave Harasti – Contributing Photographer
Dave is a marine scientist working for the NSW Fisheries Threatened Species Unit. Dave has a honors degree in Marine Science 1st class. He is an avid diver and an outstanding photographer. daveharasti.com

Rolf Hicker (Rainbow Productions) – Contributing Photographer
Rolf is a wildlife, travel, and nature photographer and owner of Rainbow Productions based in Canada. Rolf has traveled the globe and has had a number of remarkable experiences, including photographing Sir Paul McCartney and his wife, Heather, when they visited the Gulf of St. Lawrence to observe the Harp seals, a trip organized by the Humane Society of the United States. 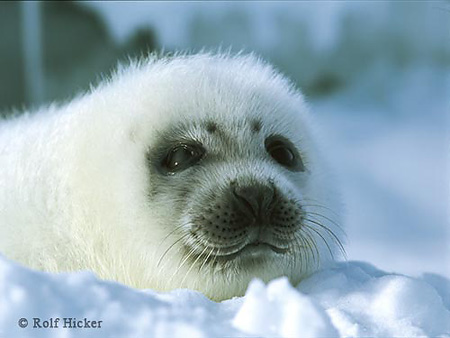 Richard and Mary Field (Reef Fishes of the Red Sea, Arabian Sea and Gulf of Oman) – Contributing Photographers
The Field’s have been photographing and studying reef fishes since 1989 and have built a library of photographs of about 600 species present around the Arabian peninsula, which includes the Red Sea, Gulf of Oman and Southern Oman (Arabian Sea). richardfield.freeservers.com

Rob L. Suisted – Contributing Photographer
“With a background in zoology, a professional career in conservation management and quality management systems, along with an extensive experience in remote/back-country areas and photography, Rob has developed Nature’s Pic Images into a quality provider of New Zealand Nature and Scenic Stock Imagery.” naturespic.com

Clinton Bauder (The Metridium Fields) – Contributing Photographer
“When I’m not writing code for Apple Computer you’re likely to find me underwater somewhere with my video camera. I’ve managed to get some good shots over the years and this is my forum for sharing them with you, the diving public.” metridium.com

Alison Gill (The Marine Team) – Contributing Photographer
Alison contributes photographs of marine mammals to MarineBio as a member of The Marine Team’s marineteam.com (now Intelligent Ocean) network of freelance professionals working in the marine environment who are dedicated to the conservation of marine species and their habitat.

Marcus Martin – Contributing Photographer
Marcus Martin maintains the web site photobirder.com featuring “Birds of the World by Marcus G. Martin.” Marcus is based in New Mexico, US and generously provides photos to MarineBio of marine birds.

Fiza Nadeem, biology student at the University of Toronto, working towards a major in biology. (Helped with individual species home pages…)

Lauren Admire was an aspiring marine biologist with a BA in Philosophy from Elon University and hopes to enter into graduate school in Fall 2011 for marine biology with a focus in teuthology. She writes a weekly science column for The Escapist. She currently volunteers in the Aquatics section of the North Carolina Museum of Natural Sciences and is training to work with rescued raptors and big cats.

Mary Bach – Mary has been interested in marine biology from an early age. Her main interest is cetaceans, particularly the lesser known ones such as the 20 species of beaked whales which she is currently helping MarineBio expand. Currently she is working full time in a non-marine science career. Although she is an aspiring photographer and would eventually like to try underwater photography, her dream job is tracking marine animals in the wild for research purposes. (Helped with beaked whale research…) 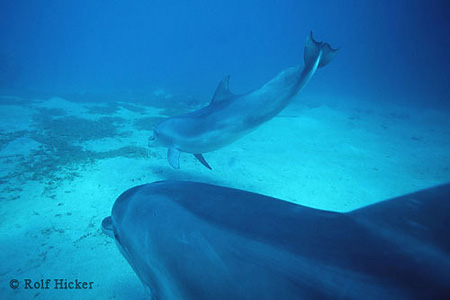