Komodo, the land of the Dragons 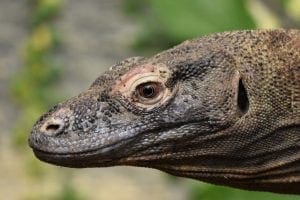 This excellent video shows exactly why we should do anything and everything to protect the Coral Triangle (at least).

The Coral Triangle is a roughly triangular area of the tropical marine waters of Indonesia, Malaysia, Papua New Guinea, Philippines, Solomon Islands and Timor-Leste that contain at least 500 species of reef-building corals in each ecoregion. This region encompasses portions of two biogeographic regions: the Indonesian-Philippines Region, and the Far Southwestern Pacific Region. The Coral Triangle is recognized as the global centre of marine biodiversity and a global priority for conservation. It is also called the “Amazon of the seas” and covers 5.7 million square kilometres (2,200,000 sq mi) of ocean waters. Its biological resources sustain the lives of over 120 million people. According to the Coral Triangle Knowledge Network, about $3 billion in fisheries exports and another $3 billion in coastal tourism revenues are derived as annual foreign exchange income in the region.

The WWF considers the region a top priority for marine conservation, and the organization is addressing the threats it faces through its Coral Triangle Program, launched in 2007. The center of biodiversity in the Triangle is the Verde Island Passage in the Philippines, while the only coral reef site declared as a UNESCO World Heritage Site in the region is the Tubbataha Reef Natural Park, also in the Philippines.