Just one reason why you should vote tomorrow

This is from the Center for Biological Diversity’s newsletter: Endangered Earth 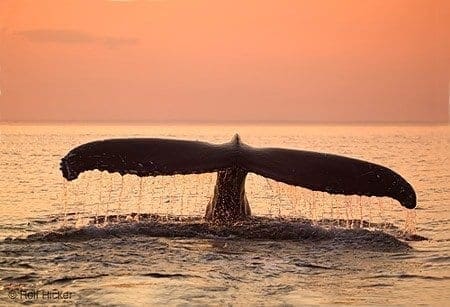 On October 30, 2006, the Washington Post ran a major expose on Julie MacDonald, the Bush administration’s point person for squelching scientific decision-making within the U.S. Fish and Wildlife Service.

The Post described MacDonald’s efforts as “the latest in a series of controversies in which government officials and outside scientists have accused the Bush administration of overriding or setting aside scientific findings that clashed with its political agenda on such issues as global warming, the Plan B emergency contraceptive and stem cell research… Hundreds of pages of records, obtained by environmental groups through the Freedom of Information Act, chronicle the long-running battle between MacDonald and Fish and Wildlife Service employees over decisions whether to safeguard plants and animals from oil and gas drilling, power lines, and real estate development, spiced by her mocking comments on their work and their frequently expressed resentment.”

MacDonald was appointed Deputy Assistant Secretary of the Interior for Fish and Wildlife and Parks in 2004. She has used the position to prevent the placement of dozens of imperiled species on the endangered species list, block the protection of millions of acres of critical habitat, and overrule agency scientists when they attempt to stop or mitigate the destruction of wildlife habitat. The Post story details MacDonald’s squelching of scientific arguments for the protection of the Gunnison’s Sage Grouse, Greater Sage Grouse, Black-tailed Prairie Dog, Santa Barbara Tiger Salamander, Sonoma Tiger Salamander and Bull Trout.

The Post also describes MacDonald’s cozy relationship with industry lobbyists. In one email, not covered by the Post, lobbyist Steve Quarles asks: “Depending on the drugs you’re on, any chance I can see you today (and secure easy ‘yeses’ to outrageous requests)?” Later he asks her “to just go in and erase all those back emails.” Quarles is a powerful lobbyist and litigator for the logging, pesticides, meat and development industries. He helped create an industry lobby group to undermine the Endangered Species Act and aided Richard Pombo in drafting a horrific anti-Endangered Species Act bill in 2005.

A 2005 survey of U.S. Fish and Wildlife Service scientists turned up repeated complaints about MacDonald and her then-boss Craig Manson. Asked how the integrity of the agency’s science could be improved, one responded: “Removal of Julie McDonald from Dept of Interior. I have never before seen the boldness of intimidation demonstrated by a single political appointee. She has modified the behavior of the entire agency. I believe there should be a thorough investigation of her abuse of discretionary authority and modification of science information provided in FWS documents.”

Ranking Democrat on the House Resources Committee, Rep. Nick Rahall (WV) has pledged to investigate MacDonald if the Democrats win control of the House.

The Endangered Species and Wetland Report confirmed on November 1, 2006 that the Inspector General of the Department of Interior is “is looking into Julie MacDonald’s activities.”

For more details from conservation organizations: