Just two weeks shy of his final day as President, George W. Bush announced today that 195,280 square miles will be designated as three new marine national monuments in the Pacific Ocean. Contrary to his resistance to sign the Kyoto Protocol and reduce greenhouse gas emissions and his other unpopular environmental policies, Bush is leaving a decent legacy when it comes to the ocean. This good news combined with the good news of a bill to ban shark finning in the US put forth in the new session of Congress (sea below) put a smile on my face! 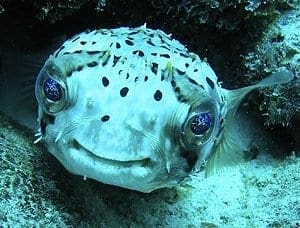 From his press release:

On June 15, 2006, I established the Northwestern Hawaiian Islands Marine National Monument, and on May 15, 2007, I instructed the U.S. delegation to the International Maritime Organization to submit a proposal for international measures to enhance protection of the Monument. On April 4, 2008, the International Maritime Organization adopted our proposal, and the Papahanaumokuakea Particularly Sensitive Sea Area (PSSA) was established.

The security of America, the prosperity of its citizens, and the protection of the ocean environment are complementary and reinforcing priorities. As the United States takes measures to conserve and protect the living and non-living resources of the ocean, it shall ensure preservation of the navigation rights and high seas freedoms enjoyed by all nations under the law of the sea, including in particular:

The United States shall recognize and apply navigation rights and freedoms under the law of the sea when establishing marine protected areas, just as it did in the Northwestern Hawaiian Islands Marine National Monument and in today’s Monument proclamations. The United States will exercise the same rights and freedoms in similarly protected areas and waters of foreign nations. In addition, the United States, through its executive agencies, shall provide for the readiness, training, and global mobility of U.S. Armed Forces in its establishment of marine conservation areas.

The Commonwealth of the Northern Mariana Islands (CNMI) is the only United States territory that does not have title to the submerged lands beneath that portion of the United States territorial sea that is within 3 miles of the coastlines of the CNMI. It is appropriate that the CNMI be given the same authority as the other territories. In 2005, my Administration supported legislation that would have provided the CNMI with such ownership, consistent with what was granted to Guam, the Virgin Islands, and American Samoa in October 1974.

My Administration also recognizes, as was recognized in 1974, the need to reserve Federal title in certain submerged lands, including submerged lands for use by our Nation’s military, which is moving forces to the area from Okinawa, Japan. It is in the interest of the security of our Nation to reserve the necessary areas for national defense, while also ensuring the people of the CNMI have the benefit and enjoyment of the rights coming with ownership of submerged lands out to 3 miles.

To this end, I have asked the Secretary of the Interior to submit legislation that, subject to valid existing rights, transfers to the CNMI the existing rights and title of the Federal Government over submerged lands within 3 miles of the coast of the CNMI, consistent with that provided to Guam, the Virgin Islands, and American Samoa, and I urge the Congress to promptly pass such legislation.

I have also directed the Department of the Interior to develop legislation and procedures for the management and administration of recovery of mineral resources in areas of the Pacific, outside the Monument, that are not currently covered by existing offshore mineral resource law, including authority and procedures for obtaining royalties and assessing fees and for revenue sharing, as appropriate.

This is good news for marine conservation in general, but it was an easy move for Bush. His lack of attention to climate change, reflective of his political interests, is still a huge issue for both ocean and land. Further, his lifting of the moratorium on offshore drilling is not an ocean-friendly policy.

Still, this sets an excellent precedent for marine reserves and, if enforced, the designation could have a powerful impact on rapidly declining marine species. Like sharks. 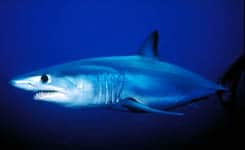 In a press release from Oceana today I learned that a bill was introduced during the new session of congress to ban shark finning in the US.

“Introduction of the Shark Conservation Act sets a precedent for protecting vulnerable and endangered shark populations in the U.S. and around the word,” said Beth Lowell, federal policy director at Oceana. “Congress should ensure fast passage of this important piece of legislation in both chambers to end shark finning in U.S. waters once and for all.”

The bill also allows the United States to take action against countries whose shark finning restrictions are not as strenuous, thus allowing the U.S. to be a continued international leader in shark conservation.

Congresswoman Bordallo, chairwoman of the Subcommittee on Fisheries, Wildlife and Oceans of the House Committee on Natural Resources in the 110th Congress, continues to fight for shark conservation in the 111th Congress. Congresswoman Bordallo originally introduced the bill in April 2008 and the U.S. House of Representatives passed the legislation in early July. The U.S. Senate followed by introducing similar legislation but did not take action on the bill before the session ended in December.

Similar regulations are already being enforced in the Atlantic Ocean and Gulf of Mexico. The National Marine Fisheries Service (NFMS) requires all federally permitted shark fisheries in the Atlantic Ocean and Gulf of Mexico to land sharks with their fins still naturally attached. The Atlantic States Marine Fisheries Commission (ASMFC) also enacted new rules last year requiring all sharks caught in state fisheries from Maine to Florida to be “landed whole” with their fins naturally attached. Congressional action is now needed to standardize conservation requirements and ensure that sharks are protected in all U.S. waters.

“Requiring all sharks to be landed with their fins still naturally attached would be an enormous step forward in U.S. shark management,” said Elizabeth Griffin, marine wildlife scientist at Oceana. “This bill will set a gold standard for the rest of the world to follow and will allow for better enforcement and data collection, which are essential in stock assessments and quota monitoring.”

For more information about sharks and the threats facing their populations, please visit https://eu.oceana.org/en/importance-sharks.