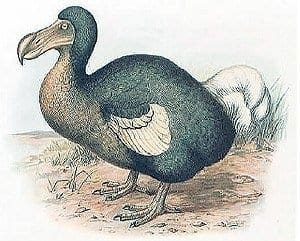 Once again, I’m abandoning MarineBio’s policy of striving to remain politically neutral. What is with the Bush administration? First it’s “hey! let’s drill offshore to trick people into thinking it will lower gas prices — it won’t do any good, but my buddies in the oil industry will give me another atta boy!” Now it’s “endangered schmangered — who gives an endangered species behind about endangered species?”

Out of all the headlines in Google news on this topic, US News & World Report’s “Bush to Environment: First Do More Harm” caught my eye. Here’s an excerpt:

The Associated Press obtained a draft proposal of the rule that forced the administration to make public its Neanderthal thinking on a project that it was trying to push through completely beneath the radar. The rule change seeks to bypass normal scientific environmental-impact reviews for construction projects, such as highways, dams, and mines. The Endangered Species Act has until now required federal agencies to consult with scientists at the Fish and Wildlife Service or the National Marine Fisheries Service on whether a project is likely to affect (to wit, harm) any of the 1,353 animal and plant species listed as endangered or threatened.

The draft rules, which do not need to be approved by Congress but are subject to a 30-day public-comment period, would let each agency decide whether a project would harm listed species. This is the functional equivalent of letting the preschoolers take charge of Miss Nancy in Romper Room, instead of the other way round. In case smoke is not yet emanating from your ears, the proposed changes would also prevent federal agencies from assessing the greenhouse gas emissions from construction projects. I guess the thinking went something like: “Let’s pollute the air for humans, too, while we kill off all the animals.”

Now for some good news: SAN FRANCISCO: The U.S. Navy agreed Tuesday to limit the loud, low-pitched sonar used to detect submarines in response to criticism by environmentalists that the sound was threatening whales and other marine mammals hundreds of miles away.

The settlement in federal court restricts the Navy’s use of low-frequency sonar to specific military training areas near Hawaii and in the western Pacific Ocean.

“When you put that much sound in the ocean, there’s a need to be careful in how you use it and where you go,” said Michael Jasny, a policy analyst with the Natural Resources Defense Council, a plaintiff in the case.

“This agreement succeeds in balancing the Navy’s need to train with the need to protect marine mammals and endangered species in their habitats.”

A Navy spokesman said they were satisfied with the settlement.

A lawsuit filed by conservation groups last year argued that regulators violated multiple federal environmental laws by issuing a permit allowing the Navy to use the sonar systems around the world.

In some areas where the agreement allows low-frequency sonar, the Navy must limit its use to certain times of the year to protect whale breeding grounds.

In a separate case, the Navy is asking the U.S. Supreme Court to reconsider a federal appeals court ruling limiting the more widely used mid-frequency sonar in training exercises off Southern California’s coast.

The Navy argues that the decision by the 9th U.S. Circuit Court of Appeals in San Francisco threatens the readiness of sailors and Marines while providing limited environmental benefit.

Earlier this year, President George W. Bush issued a waiver exempting the Navy from coastal environmental regulations so training could continue while the Navy appealed a lower court’s decision. But the 9th Circuit sided with the lower court and said the Navy must restrict its sonar training while the case is pending.