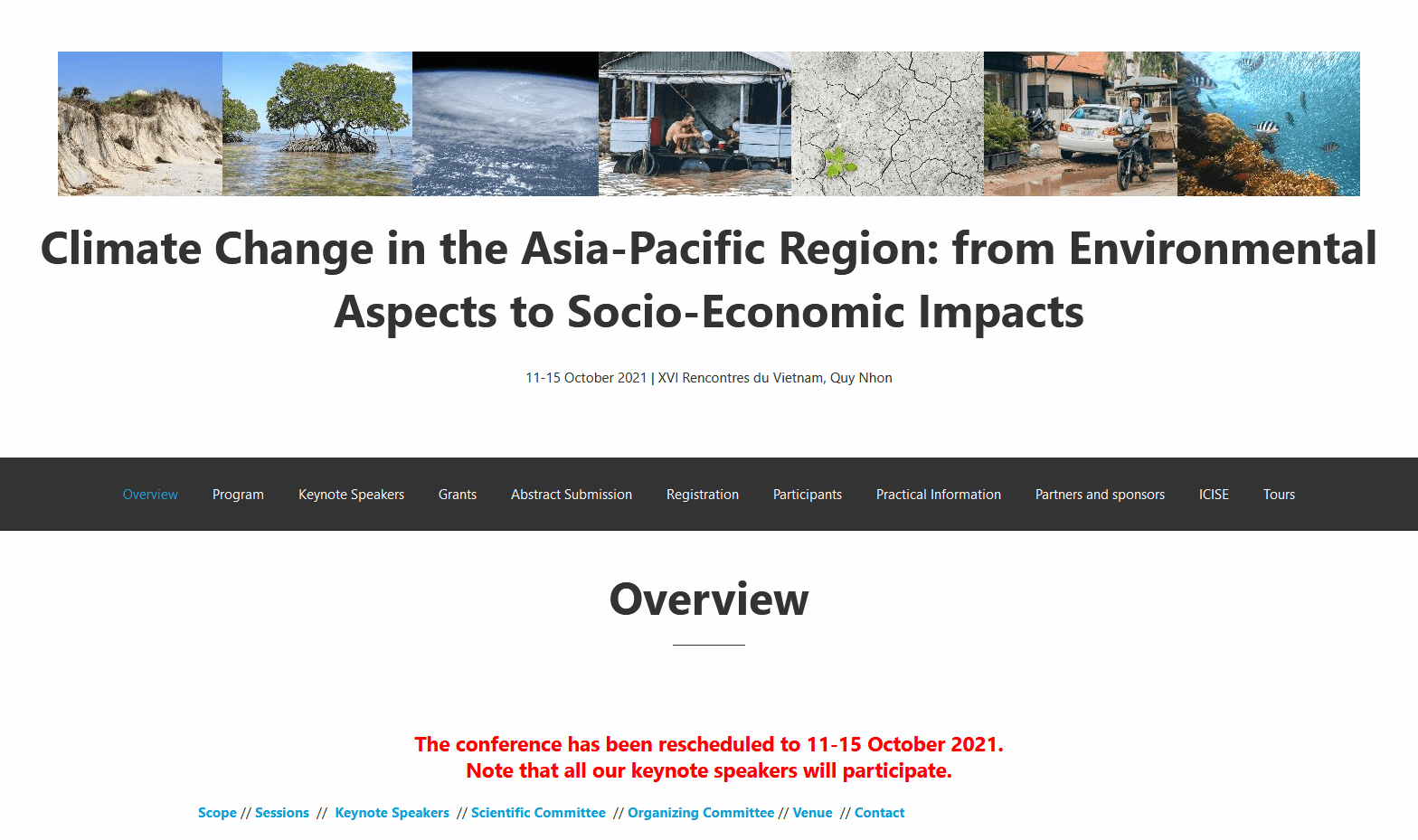 Climate change in the Asia-Pacific region

Climate change in the Asia-Pacific region: from environmental aspects to socioeconomic impacts

The Asia-Pacific region is one of the main regional climate systems of the world and is subjected to many climatic hazards (monsoon, El Niño, typhoons, flooding, drought, sea level rise, coastal erosion …). A large part of the Asia-Pacific populations lives in low altitude coastal regions and is thus strongly vulnerable to those hazards. Understanding how the Asia-Pacific regional system will be affected by climate change, from the environmental impacts to the socioeconomic aspects, is thus an important scientific issue. IRD, USTH and Rencontres du Vietnam, with the support of several institutions (AFD, French Embassy in Vietnam …), will jointly organize at ICISE (Quy Nhon, Vietnam) the international conference about “Climate change in the Asia-Pacific region: from environmental aspects to socioeconomic impacts”.

Southeast Asia has 9% of the world population and is undergoing rapid economic and urban development, accompanied by a growing dependency on environmental resources and a strong human pressure on those resources. The conference host country Vietnam is the third most populated country in southeast Asia and is particularly vulnerable to climatic hazards.

The conference will focus on interdisciplinary studies, and will regroup specialists from all of the disciplines involved in the study of climate change impacts. Indeed, the components of the regional socio-environmental system are strongly interconnected, with interactions within the climate system, as well as between environment and society. An interdisciplinary approach is therefore fundamental to tackle the numerous issues raised by climate change.