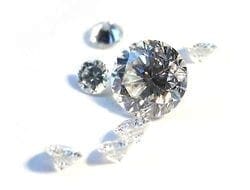 What a wonderful thing Sir Richard Branson has done and how eloquently he’s gone about it. Not only is he financing the search for solutions to global warming he’s brought greater attention to the issue, which is quickly becoming a topic frequently discussed in the media. It’s about time. Over the past few days, Branson has said what many of us fear, but rarely talk about – the fact that we’re destroying this planet at an alarming rate. Quoted from a New York Times article: “Our generation has inherited an incredibly beautiful world from our parents and they from their parents,” Sir Richard said. “It is in our hands whether our children and their children inherit the same world. We must not be the generation responsible for irreversibly damaging the environment.” I believe that statement is what truly drives his generosity, but he has created a win-win situation through his commitment of $3 billion over 10 years, which is very smart. His empire benefits because the money will be invested in Virgin Group companies already exploring options for alternative aviation fuels for Virgin Airline. It’s also a sorely needed investment in our environmental future, one that will benefit us all.

I also admire Gates and Buffet for combining their resources to improve global health, and Turner for his support of the United Nations. I hope these smart and generous endeavors inspire more million and billionaires to follow. What better way to spend excess wealth than to insure the health of the planet for future generations? What greater legacy?

If I were a rich (wo)man, I would spend my money this way. Walking through the designer district in Singapore recently made me wonder about these people who think nothing of dropping $600 for a pair of shoes, $700 for a handbag just because it says “Gucci.” Or $1,000 a night for a hotel room. I truly don’t understand that mentality, and maybe it’s because I’ve never been able to afford such luxuries – but I don’t even see them as luxuries. It’s just sheer excess and money wasted that could be spent so much more wisely.

These are selfish musings, yes. The money that’s spent in a Prada store in New York City in one day could probably support the work of MarineBio for 3 months. Right now we’re running on a budget equivalent to the money that’s spent in the $1 store in 5 minutes. I spend an inordinate amount of time thinking about what we could do with what amounts to a drop in a bucket to a wealthy benefactor. What if some beach dwelling rich man from Palm Beach were to provide us with $25,000? We could do SO MUCH with that money! If some billionaire were to provide us with as little as $100,000 a year — we could accomplish great things. If he/she even provided just 1/100th of what Branson is contributing — we could save the ocean! Hire a small army and tackle overfishing, habitat destruction, biodiversity, pollution, global warming… we could launch thousands of species at a time instead of 10-20… we could educate thousands more young people a month….

It’s so frustrating! We’re doing the best we can on no money, and I think we’re doing a lot. But there’s so much more to be done. If there’s a bored billionaire out there surfing this blog — please consider supporting one of the most worthwhile causes out there. You can see what MarineBio has done with no money — imagine what we could do if we were well-supported.

Ok, I better stop imagining and get back to work. But what if….