They're the acrobats and court jesters of the sea, troops of aerial spinners and wave dancers.

“The happiness of the bee and the dolphin is to exist. For man it is to know that and to wonder at it.” ― Jacques Cousteau
Dolphins >>
Biology
Behavior
Conservation 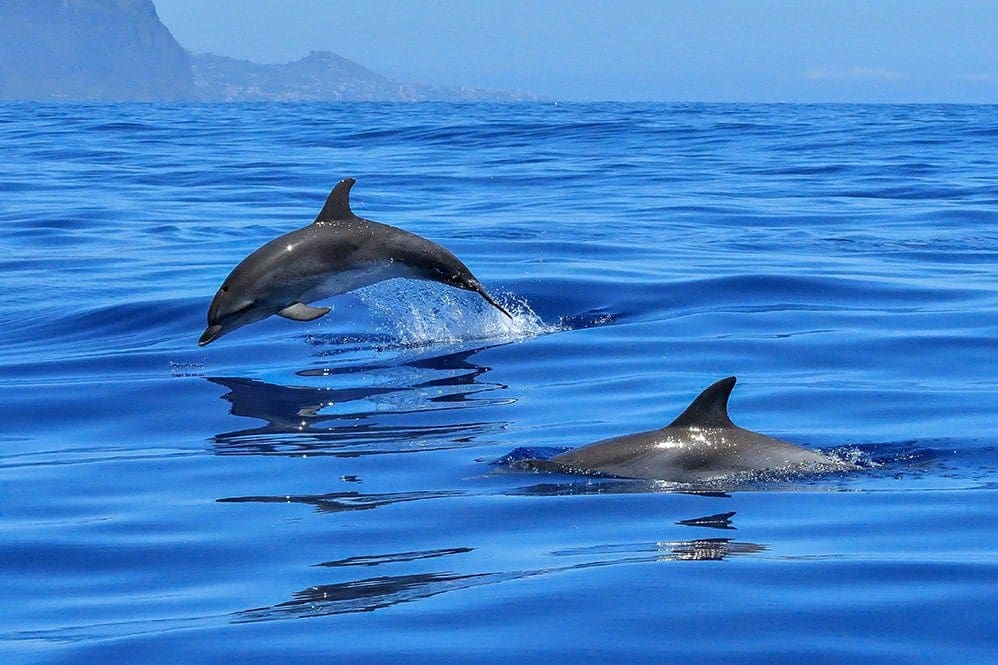 Dolphins are mammals – they have mammary glands to produce milk for their offspring and they have hair. In dolphins the hair is limited to their rostrum (see biology), developing in the womb and lost soon after birth with the exception of the Botos dolphins of the Amazon which retain sensory whiskers throughout their lives. Alongside whales and porpoises, dolphins make up the order Cetartiodactyla. Their teeth make them part of the suborder Odontoceti along with porpoises and toothed whales. However, dolphins are distinct from porpoises and toothed whales due to their rostrums, lean bodies, cone-shaped teeth and curved dorsal fins (though not all dolphins have all of these features). Dolphins are also behaviorally distinct – often being more vocal than their relatives. In total there are 43 currently recognized species of dolphins – 38 marine species and 5 riverine species. All marine dolphins are grouped under the family Delphinidae and the riverine dolphins belong to the Platanistidae and Iniidae families.

Cetaceans began to emerge around 50 million years ago, in the middle Eocene, around northern Pakistan and western India. The first cetacean looked nothing like the whales, dolphins and porpoises we recognize today. They are called Pakicetids, were about the size of a goat and had wolf like features with four limbs and a tail. They lived an amphibious lifestyle – hunting for food while wading in shallow freshwater streams, rivers and lakes. They had eyes close together near the tops of their heads, to observe things while partially submerged, and prominently cusped teeth in narrow jaws to facilitate fish eating.

Within a mere million years Ambulocetus had evolved from the Pakicetids. This walking whale was larger – about the size of a large male sea lion. With large front limbs, small back limbs, a muscular tail, a long snout and side facing eyes it may have resembled a crocodile in appearance. Ambulocetus was better adapted to amphibious life and lived in and around the brackish waters of estuaries and the shallow seas of coastal swamps and forests. It likely used its rear limbs and tail in an otter like swimming fashion and was unlikely to be fast moving. As such it was probably an ambush predator.

By 48 to 41 million years ago the Remingtonocetidae had developed. Like Ambulocetus they had long snouts but their teeth, hearing, eyes, sense of balance and mode of swimming had changed. Their eyes were reduced for life adapted to poor visibility in muddy bays fed by heavily-silted rivers and their sense of hearing had improved to compensate. Large ears set far apart would have given Remingtonocetidae directional hearing allowing them to locate prey. They also had an enlarged foramen running the full length of their lower jaw, in modern cetaceans these long foramen support a fatty pad that transmits sound to the middle ear and allows them to hear more clearly underwater. It is probable that the Remingtonocetidae shared this ability. Long snouts with specialized teeth were better adapted to catching fish while short legs and a powerful tail would have allowed them to propel themselves through the water with their tail while steering with their limbs. These limbs would have allowed for limited mobility on land but a reduced balance organ would have impaired their ability to move on land. However, the reduction of the balance organ is an important evolutionary step as, in modern cetaceans, it stops them overstimulating their balance organs while executing their aquatic acrobatics. It is quite possible that the Remingtonocetidae would have resembled an enormous long-snouted otter with a powerful swimming tail.

From these early ancestors the first truly marine cetaceans, Protocetids, emerged in the middle Eocene (between 49 and 40 million years ago). These animals were highly successful – branching into 15 diverse genera and spreading from northern Pakistan and north-western India to have an almost global distribution. Unlike the Remingtonocetidae, the Protocetids had large eyes giving them excellent vision. Furthermore, unlike the Pakicetids and Ambulocetus the Protocetids’ large eyes were located on the side of their heads around the midline of the skull. Nasal drift in Protocetids marked the movement of the nasal opening back from the tip of the snout – the first step towards the blowholes located on the heads of modern cetaceans. The diversity of Protocetids means that some of them would have had seal-like lifestyles, hunting in the water but mating, birthing and nursing on land while others seem to have been obligate marine animals. They probably swam using a combination of paddling with their hind limbs and dorsoventral (up/down) undulations of their tails. While being truly marine, they were still nearshore animals found mostly near reefs and other carbonate platforms in clear waters exposed to wave action instead of the sheltered muddy bays of their predecessors.

Around 41 million years ago (still the middle Eocene) Basilosauridae came to the fore. With its blowhole, flipper forelimbs and fluked tail it was recognizable as what we now think of when discussing cetaceans. While the different genera of Basilosauridae varied they can be grouped into two distinct body types – long snake-like bodies and shorter dolphin-like bodies. The serpentine Basilosauruses could reach up to 17 m in length and likely swum with sinuous movements of the entire body. Meanwhile, the shorter Basilosaurs, called Dorudontines, had 4 m long dolphin-like bodies and would have used up and down motions of their tail and fluke to swim like modern cetaceans. As mentioned the ‘flipper’ shaped forelimbs were an important evolutionary feature, the webbed hand without visible digits and an elbow joint that was not separately mobile were very much like modern cetaceans while the tiny hind-limbs can still sometimes be seen in modern cetaceans with atavisms.

Modern whales arose around 34 million years ago when the Neoceti (the Odontocetes or toothed whales and Mysticetes or baleen whales) appeared. It is in this period of time that the Odontocetes developed echolocation to hunt using sound and Mysticetes developed the baleen plates in their mouths to filter feed allowing them to forage for prey in bulk. The success of the Neoceti can be seen in their diversity and global distribution with species being found in coastal and off-shore waters in arctic, temperate and tropical climates from shallow waters to the deep sea and even within rivers. 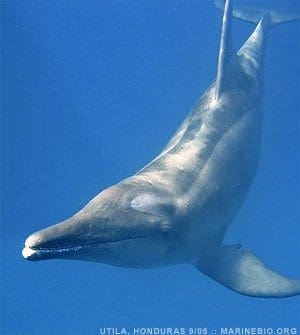 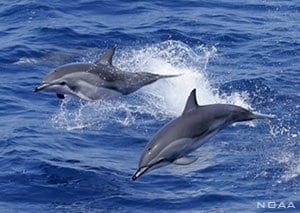 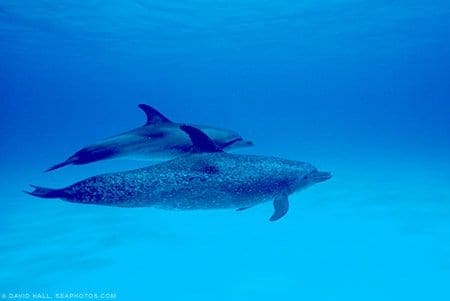 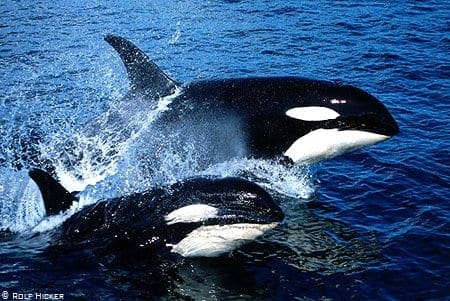 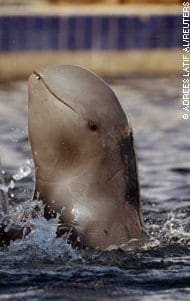 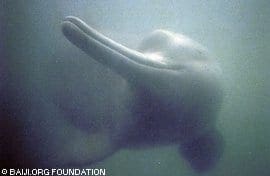 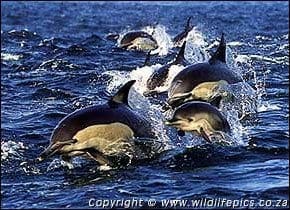