Habitat conservation for wild species is one of the most important issues facing the environment today — both in the ocean and on land.

Habitat conservation for wild species is one of the most important issues facing the environment today — both in the ocean and on land. As human populations increase, land use increases, and wild species have smaller spaces to call home. More than half of Earth’s terrestrial surface has been altered due to human activity, resulting in drastic deforestation, erosion and loss of topsoil, biodiversity loss, and extinction. Species cannot survive outside of their natural habitat without human intervention, such as the habitats found in a zoo or aquarium, for example. Preserving habitats is essential to preserving biodiversity. Migratory species are particularly vulnerable to habitat destruction because they tend to inhabit more than one natural habitat. This creates the need to not only preserve the two habitats for migratory species, but also their migratory route. Altering a natural habitat even slightly can result in a domino effect that harms the entire ecosystem.

The following is an example illustrating this point by Dr. Peter Moyle:

Habitats don’t exist in isolation; most of them have inputs and outputs connected to other habitats and ecosystems. Take Mono Lake, for instance, a spectacular lake on the east side of the Sierra Nevada in California. Its water source is streams fed by winter rains and melting snow in the mountains. In its natural state, water leaves the lake only by evaporation. The balance between the inflowing streams and evaporation created a saline lake with many unique features, including a species of brine shrimp found only in Mono Lake. As a large, food-rich body of water in a desert area, the lake is a major fueling stop for migratory waterbirds and a major nesting area for other species, such as California gulls. When water from the lake’s inflowing streams was diverted to quench the ever-growing thirst of Southern California, the lake level dropped drastically. Islands in the lake became connected to the mainland, giving coyotes and other predators access to an easy source of food: nesting California gulls. With adequate inflowing water, the islands were good nesting habitat; without the water they were unsuitable as nesting habitat. Without adequate inflowing water, the lake also would become too saline for the Mono brine shrimp to survive and for migratory waterbirds to feed in. Recognition of this fundamental relationship between inflow and habitat for many species was the partial basis of a successful court action that reduced the diversion of water from the inflowing streams.

Habitat destruction is a huge problem in the marine environment. Habitats are destroyed by:

Although habitat destruction has been increasing for many years, the protection of marine habitats has only recently become an issue of critical importance to conservation efforts, local and national governments, and international marine conservation groups. The Ocean’s invulnerability to human activity is now being realized as a myth. Coastal regions are still experiencing intense pressure by exploding coastal populations; however, there are solutions at hand to prevent further damage from occurring. 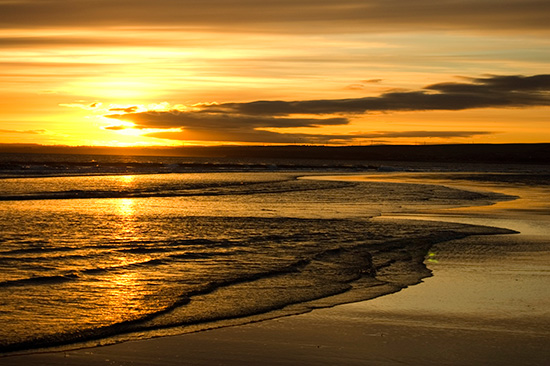 Everyone knows that the northern spotted owl is threatened because of destruction to the forests of the Pacific Northwest, but what will happen to the Pacific seahorse if its habitat continues to decline? Due to the lack of a strong public sea ethic, marine life doesn’t appear on the conservation radar screen as much as its terrestrial counterparts, but ocean habitats are in decline as well, and therefore, the creatures they support are too, which in turn support us. Most marine habitat destruction is caused by pollution, commercial fishing equipment, coastal development, and other human activity. Much of it can be avoided with simple measures.

» Song for the Blue Ocean: Encounters Along the World’s Coasts and Beneath the Seas

MarineBio shared a video from the playlist Have You Seen This?

Today’s tunicates are brought to you by the number 6.

Thanks so much for sharing