Biodiversity or biological diversity is defined by the United Nations Convention on Biological Diversity as:

The variability among living organisms from all sources, including, inter alia [among other things], terrestrial, marine and other aquatic ecosystems and the ecological complexes of which they are part: this includes diversity within species, between species and of ecosystems.

What is Biological Diversity or Biodiversity?

Biodiversity or biological diversity is defined by the United Nations Convention on Biological Diversity as:

The variability among living organisms from all sources, including, inter alia [among other things], terrestrial, marine and other aquatic ecosystems and the ecological complexes of which they are part: this includes diversity within species, between species and of ecosystems.

This convention was ratified by all countries worldwide with the exception of: Andorra, Brunei Darussalam, the Holy See, Iraq, Somalia, Timor-Leste, and the United States of America.

Within this definition, there are 3 distinct levels of biodiversity:

Today’s biodiversity is the result of billions of years of evolution, natural processes, and in more recent years, human activity. Before the advent of Homo sapiens, the Earth’s biodiversity was much greater than it is today. Human activity has had a tremendous impact on biodiversity due to use of Earth’s resources and exponential population growth.

The total number of species on Earth today is estimated to be around 10 million different species, but could be as low as 2 or as high as 100 million. New species are discovered often, and many that have been discovered have not yet been classified. The richest sources of biodiversity on Earth are found in tropical rainforests and the ocean.

Why is biodiversity important?

All species are an integral part of their ecosystem by performing specific functions that are often essential to their ecosystems and often to human survival as well. Some of the functions different species provide are to:

Ecosystem diversity is important for primary production in terms of:

Removing species from ecosystems removes those important functions. Therefore, the greater the diversity of an ecosystem the better it can maintain balance and productivity and withstand environmental stressors.

Biodiversity has an intrinsic value because all species:

We have an ethical responsibility to protect biodiversity. Biodiversity is important to science because it helps us understand how life evolved and continues to evolve. It also provides an understanding on how ecosystems work and how we can help maintain them for our own benefit. What are the threats to biodiversity?

One of the authorities on the topic of biodiversity, Dr. Elliot Norse of the Marine Conservation Institute, summarized the importance of biodiversity very eloquently:

…we also know two very distressing things about the Earth’s biological diversity. One is that it is being destroyed very rapidly. In the next half-century—less than one human lifetime—the Earth could lose blue whales, giant pandas, tigers, black rhinoceroses and millions of lesser-known species. Entire ecosystem types, such as tropical dry forests, mangroves, and floodplain rivers could be damaged beyond repair. Our planet is now facing the most devastating biological catastrophe in the last 65 million years, since a huge asteroid hit the Earth and caused appalling damage, killing off the dinosaurs and more than half of the planet’s other species. But today’s mass extinction has a very different cause: the way we humans live our lives.

Since the early 1980’s, increasing attention has been paid to the importance of biodiversity and to the increasing number of species being depleted at an alarming rate. Many biologists believe that we are in the midst of a mass extinction because the rate of species loss is higher now than ever before. It is estimated that between 17,000 and 100,000 species are eliminated each year. Studies have shown that as many as one in eight plant species are threatened with extinction. The majority of these species losses are due to human activity, particularly habitat destruction as more and more land becomes developed for human use.

The global destruction of rainforests, coral reefs, mangroves, and other rich habitats has become a hot issue being addressed by conservation organizations and by global legislation to try and reverse damaging trends and encourage sustainable management of resources.

Some of the basic threats to biodiversity include:

What is being done? 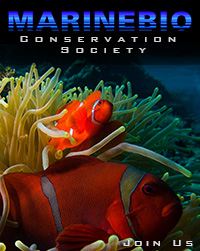 New global agreements, such as the Convention on Biological Diversity mentioned above, are helping nations recognize the existing value of their natural resources and its value to future generations. The Convention was developed during the 1992 Earth Summit in Rio de Janeiro where world leaders agreed on a comprehensive strategy for “sustainable development” that meets our needs while ensuring that the Earth’s resources will be sustained for future generations. This agreement established good stewardship of these resources as nations continue to build economic development. The three main goals of the Convention are:

The agreement commits countries to conserving biodiversity, developing tools for sustainability, and sharing the benefits that result from their use. The Convention is increasing equitable access to resources by giving sovereign national rights over biological resources. For example, if “bioprospecting”, or research on biological resources for science, is allowed in a specific biodiversity-rich country, the “host” country must also receive a share of the benefits.

The Global Biodiversity Information Facility (GBIF), makes it possible for policy- and decision-makers, research scientists and the general public all around the world to electronically access the world’s supply of primary scientific data on biodiversity.

Today’s mass extinctions are unlike mass extinctions in the geologic past, in which tens of thousands of species died out following massive catastrophes such as asteroid collisions with the Earth and dramatic temperature changes—today’s extinctions have a human face. – Richard B. Primack, Boston University. Essentials of Conservation Biology, p. 3, 2002.

Chapter 4: Biodiversity by Dr. Peter Moyle
This chapter will review the concept of biodiversity and then describe general patterns in the global distribution of vertebrates and the reasons why we are losing biodiversity so rapidly. The purpose of the chapter is to give some indication of what we humans stand to lose if we let present trends continue. We start by giving some definitions of biodiversity, then discuss species diversity, focusing on vertebrates, followed by a discussion of species numbers in relation to biogeography. The final section of the chapter is devoted to extinction, the loss of biodiversity.

It is clear that the situation facing our species is serious and getting worse. We must refocus and rethink the way in which society must respond to this global threat,” says Achim Steiner, International Union for the Conservation of Nature and Natural Resources (IUCN)‘s Director General. While most threats to biodiversity are human-driven, human actions alone can prevent many species from becoming extinct.

Planetary Biodiversity Inventories – Mission to an (almost) unknown planet (National Science Foundation Fact Sheet) – What kinds of living things exist? Where do they live? How are they related? These are simple questions, but have few answers. Were life to be discovered today on another planet, resources would quickly be mustered to inventory its diversity. Yet we remain ignorant about most of the diversity of life on Earth. To date, only 5 to 15 percent of all life on our home base has been discovered and described.

Pulitzer prize winning biologist Dr. E. O. Wilson, widely known as the father of biodiversity, said that the loss of biodiversity is the “folly for which our descendants are least likely to forgive us.” What will our children say when they discover that generations before them destroyed what can never be replaced? Biological diversity in the ocean is much greater than biodiversity on land—a staggering concept considering the abundance and variety of life on land—yet much more is known about terrestrial biodiversity. The oceans are not as accessible which accounts for part of the problem, but in addition, only in recent years has interest in marine biodiversity increased, likely due to the critically low populations of several key marine species. Threats to biological diversity in the ocean abound as commercially targeted species are overfished and fishing methods remain indiscriminate against non-targeted species. The use of cyanide and dynamite to harvest reef fish is threatening those communities at an alarming rate.

The sudden decline in the Nova Scotia offshore harbour seal population, and their apparent increasing presence near shore, echoes recent shifts in marine mammal populations that have been observed elsewhere in the world. The Steller sea lion population on Alaska’s offshore Aleutian Islands has fallen away rapidly in recent years, also showing signs of “nutritional stress,” while those living near the mainland still maintain their numbers. South African seals no longer breed at their traditional offshore island rookeries, but are increasingly colonizing the mainland and running into conflict with terrestrial predators. Mass starvation of seal pups in South Africa occurs now on a regular basis. The Hawaiian monk seal, inhabiting waters around the small outer Hawaiian islands, is disappearing due to starvation… and starving sea lions now regularly inundate marinas and estuaries in California… – Debbie MacKenzie