This is from the David Suzuki Foundation newsletter. 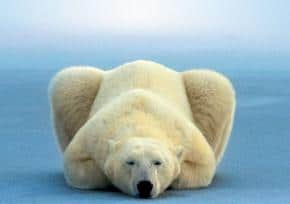 In spite of explosive news coverage about global warming over the past year, most people still have only a very rudimentary knowledge of this complex issue. Unfortunately, this lack of knowledge has led to persistent myths, which are slowing down real action that could prevent the worst damage from occurring to our economy and to our environment.

Most of us are just too busy to get to the bottom of climate science. It’s undeniably complicated and it’s more than most people want to deal with in their daily lives. We all have to worry about our jobs, our families, and just getting through hectic days. Global warming is scary and we hope someone does something about it, or tells us what to do.

For some, however, doubting the science of global warming has taken on an almost religious zeal. Those blessed with “knowledge” shake their heads sadly at people who are concerned about a warming planet and are trying to do something about it. They pontificate about how the public has been misled by a few (usually European) academics who rely on “faulty” computer models, socialist biases, or both.

Talking to these people is hard because they come armed with obscure-sounding references about things like the “medieval warm period,” “solar flares” and “hockey-stick” graphs. They seem so sure of themselves that the media still routinely feature these so-called global warming skeptics in opinion articles, television interviews and especially on talk radio.

Media outlets love these guys (yes, they are mostly men and they tend to be the same, often paid, “experts” over and over again) because it stirs things up. These guys specialize in arguing and confusing people, the same way tobacco industry lobbyists did and still do. Having people argue on talk radio is that medium’s bread and butter. And what better way to get people riled up than to have a self-proclaimed “expert” tell everyone that global warming is a myth?

The problem is that some people believe it. Or, more often, it creates just enough doubt for people – including politicians – to ignore the issue. And that’s dangerous.

Many environmental organizations’ websites correct some of the most common myths perpetuated by climate skeptics, but a new resource is the best I’ve seen yet. New Scientist magazine, the world’s largest general interest science magazine, has a new feature called Climate change: A guide for the perplexed and it debunks 26 of the most common myths about global warming. Available in the latest print edition, and free online at newscientist.com – the guide is an invaluable resource for separating fact from fiction.

New Scientist journalist Fred Pearce does an impressive job of sifting through the most common misconceptions about global warming, exploring everything from computer models and hockey stick graphs to ice core samples and various temperature readings. He looks at what the best evidence indicates, as well at what areas need further research. It’s a fascinating piece of work.

And it’s badly needed too. Many governments are still stalling on taking substantial steps to reduce the heat-trapping emissions that are causing global warming. As the scientific academies representing 13 nations recently wrote in a joint statement on climate protection: “The problem is not yet insoluble, but becomes more difficult with each passing day.”

That’s why it’s so important to debunk these myths and move on. They’re slowing us down at a time when delay makes the problem more and more costly, and more and more difficult to fix. If you want to help, read New Scientist and arm yourself with knowledge, then tell a friend or, even better, an elected leader, and take down these myths once and for all.