A Message from Erich Hoyt 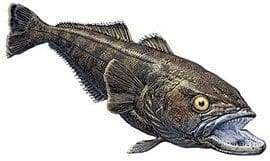 A Message from Erich Hoyt on Defending Antarctic Toothfish in the Ross Sea:

I am a whale researcher and conservationist, writes Erich Hoyt, Senior Research Fellow with the Whale and Dolphin Conservation Society and MarineBio’s Director of Marine Mammals. Recently I became very interested in toothfish in Antarctica. At up to 2.5 m long they can be the size of a porpoise or dolphin. Left alone, they live for up to 50 years; they don’t breed until they’re about 16 and not every year thereafter. But aside from some remarkably similar reproductive parameters how is this relevant to my interest in whales and dolphins?

The reason is that Antarctic toothfish are being caught at what may be an unsustainable pace in a place where they shouldn’t be caught at all: Antarctica’s Ross Sea, one of the most treasured, least affected ecosystems on Earth. It is an area full of Antarctic minke whales, southern bottlenose and Arnoux’s beaked whales and three ecotypes of killer whales, or orcas, which may someday be considered three species. (The fish-eating orca ecotype sometimes dines on toothfish.) The 250,000-square-mile (647,000 sq km) Ross Sea has been proposed as a highly protected marine reserve. Preserving it for its biological wonders and as a laboratory for studying climate change is a “no brainer” — something that anyone in their right minds would say: “that’s a great idea; let’s do it!”

The Marine Stewardship Council (MSC) and the UK-based Moody Marine have proposed that Ross Sea toothfish be certified as sustainable for the kitchens, tables and restaurants of higher-end society. At $28/lb in US markets where it masquerades as “Chilean sea bass” or simply “sea bass,” it is not likely to turn up as fish ‘n’ chips. Giving this “green label” to the exploitation of Ross Sea toothfish is “completely inappropriate,” says Sidney Holt, a long-time expert on fish population dynamics as well as on the Antarctic and whales.

It is not just the whale and overfishing lobbies who are upset about this. A large number of scientists and conservation organizations have joined together as part of the Antarctic and Southern Ocean Coalition (ASOC) to protest this misguided seal of approval being given to “an exploratory fishery with no reliable stock assessment” in the words of Ross Sea scientist David Ainley.

You can read more about it here www.asoc.org. ASOC hopes that MSC will listen to reason and refuse to certify Ross Sea toothfish.

Meanwhile the Ross Sea remains unprotected despite discussions in a number of key Antarctic meetings this year. The Antarctic body called CCAMLR is charged with creating a network of MPAs in the Antarctic with a target of 2012 for completion but has not yet given its full attention to the Ross Sea.  As one of the most precious places on Earth many people will continue to defend it against further exploitation.

In recent days the Japanese have launched yet another “scientific whaling” foray to Antarctica.  The intention is to catch their self-allotted minke whale total in the Southern Ocean Sanctuary and they may well, as in years past, take some of them from the heart of the Ross Sea, too.

But today the issue is toothfish and the fact that this fishery also catches the complete range of benthic species which make up vulnerable marine ecosystems including stony corals, black corals, gorgonians, sponges and bryozoans. These organisms, thousands of years old, ironically provide habitat for toothfish, but all is laid to waste. It is a bit like cutting down the forest to supply deer for the king’s table.

It is clearly time that the Ross Sea gets the full protection it deserves.